An Indonesian soldier is the latest victim of violent exchanges between pro-independence West Papuan fighters and the republic's security forces in the regency's Star Mountains area. 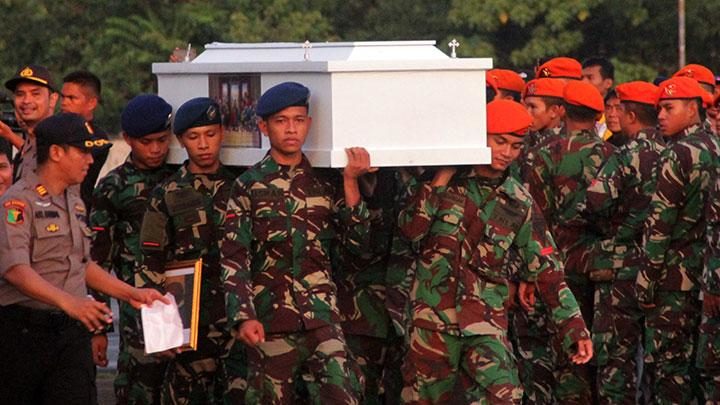 Fighting broke out after Liberation Army fighters opened fire on soldiers guarding an airport in the mountainous district from where helicopters used to evacuate some villagers have been operating from.

It's the same area where an attack on a school and health clinic last week left the facilities destroyed by fire. Several health workers fled the attack, with one reportedly dying as a result.

The body of 22-year-old nurse Gabriella Melina was found in a ravine at the weekend and evacuated by security forces.

A faction of the Liberation Army claimed responsibility for the attack, but said it did not attack health workers.

The Liberation Army yesterday released photos of a missing health worker who it said was found lost in the jungle after the attack.

The West Papua National Liberation Army has released photos of the missing health worker (blue hoodie), who was found lost in the jungle:

"We will keep protecting Gerald Sokoy, he is a health worker or non-military civilian who needs to be protected." pic.twitter.com/R3rCnnLayg

The Indonesian Medical Association has issued a plea for authorities to protect all health workers in Papua so they could carry out their duties without pressure and fear.

Indonesian military have also been co-ordinating with local authorities in Maybrat regency of West Papua province to facilitate a return home for the displaced people.

Several thousand people were estimated to have fled their villages after pro-independence West Papuan fighters attacked the Kisor Koramil military post in Maybrat at the start of this month.

Four Indonesian soldiers were killed, and numerous others injured in the attack. A manhunt is underway for the perpetrators.

The violence comes as local authorities prepare for Papua to host the Indonesia National Games next month.