Moana Pasifika have signed a bulk of their playing squad ahead of their debut season in the 2022 Super Rugby Pacific competition. 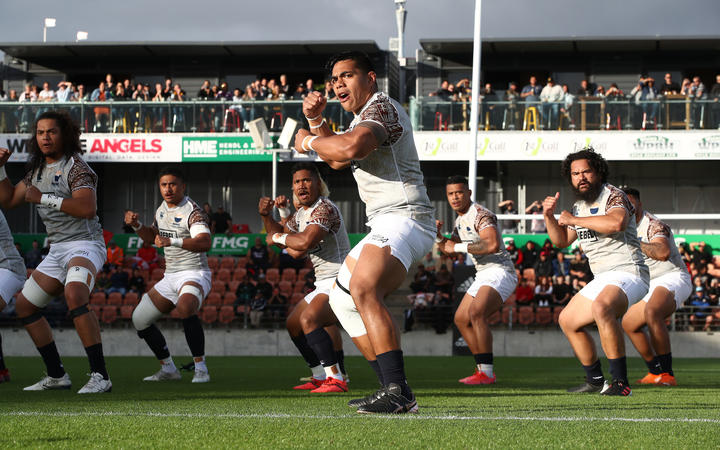 30 players have been contracted to play for Moana Pasifika in the 2022 Super Rugby Pacific competition. Photo: POOL IMAGES

The Auckland-based franchise was granted an unconditional license back in July, with the 12-team competition format confirmed last month.

Interim chief executive officer of Moana Pasifika, Pelenato Sakalia, said 30 out of 38 contracts were expected to be signed by the end of the week.

"We've got 30 players that we'll be signing on the dotted line this week, so that leaves eight further spots to be filled," he said.

"We'll take our time on filling those eight additional spots, but I'd like to think we've broken the back of the squad, [because] 30 out of 38 is quite a significant chunk."

Stand-by players have also been identified, he added.

"We've got those standby players largely identified and those [players] will be named in line with the rest of the competition in terms of announcements made around squads, which will be done as part of the marketing campaigns and building momentum towards the competition.

The debut team were originally scheduled to assemble next month, but with New Zealand's provincial competition being extended to the end of November, the Moana Pasifika squad are now looking to commence their pre-season training in mid-December. 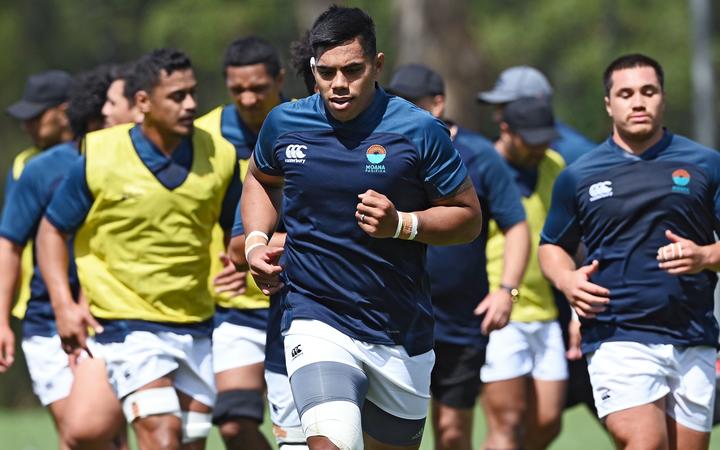 "Essentially from a Moana Pasifika, from an assembling point of view, you lose between four to six weeks, but that's Covid, that's just the way it is and you've got to adjust," said Sakalia.

"The commencement of the Super Rugby Pacific date doesn't change, but our window for pre-season does shrink considerably."

The Fijian Drua is also expected to announce players and coaching staff in the coming weeks.

Contracted players are primarily from Fiji, with some sourced from overseas.

Interim CEO Brian Thorburn said Fiji Rugby have a pipe-line of talent, but the opportunity to sign players from Europe had lapsed due to the delay of a competition structure being confirmed.

"As a result, many of the guys that were on our original list who were playing in Europe had to choose between a firm commitment and opportunity in Europe versus an unconfirmed commitment coming out of us, and we just couldn't sign anybody," he said.

"But having said that, every cloud has a silver lining. We've got a great pipeline of talent, that's one of the wonderful things, and we are very happy with the guys that we're signing be they local provinical rugby or from the sevens sphere."

The Australian-based sports administrator said there would however be times where they would need to play a "joker."

"We'll have to contract the odd what we call a joker, where somebody whose not otherwise eligible to play for Fiji, might have to fill an area of weakness for us."

"Our aspiration is for every player that plays for the Drua to be eligible for national duty, but in some cases we'll have to compromise that for the first year or two."

The Fijian Drua will be based in Australia for its inaugural season in Super Rugby, and are scheduled to arrive mid-October.

Thorburn said there's still plenty of work to be done before the team arrive, but excitement was building for players and fans from around the world. 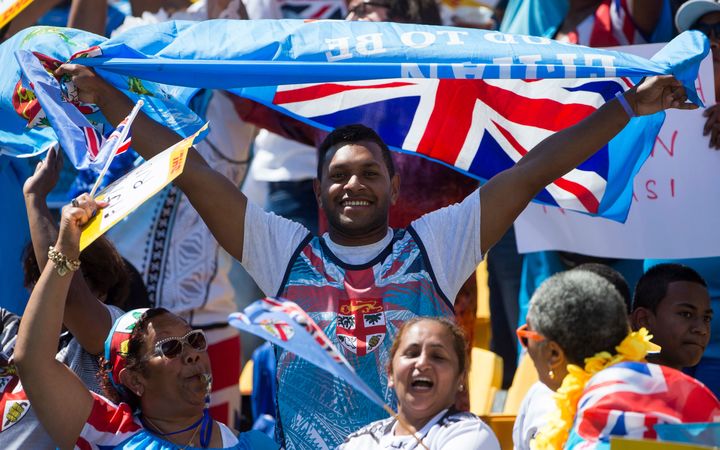 Fiji fans were out in force at the Wellington Sevens, despite a sparse attendance overall. Photo: PHOTOSPORT

"We've got visa issues, we've got foreign tax issues, we've got accommodation issues, and as a result, additional financial burdens, but it's exciting and that's just what we have to go through in this Covid challenge world to get ourselves to a place where we can compete with other franchises."

"So we are going to be marching into a quarantine camp in Australia in the middle of October, we'll put them through a couple of weeks of quarantine and then we'll have a three month solid hit out with them to prepare physically, mentally, tactically, ready to hit the park come February."

"The opportunity that both Drua and Moana Pasifika have, is to cement the missing piece that the respective home nations have had to kind of really build and get Pacific rugby back to where it truly belongs."