Five remote islands in Fiji have recorded over 700 Covid-19 cases since the virus spread to the maritime zone, health authorities said. 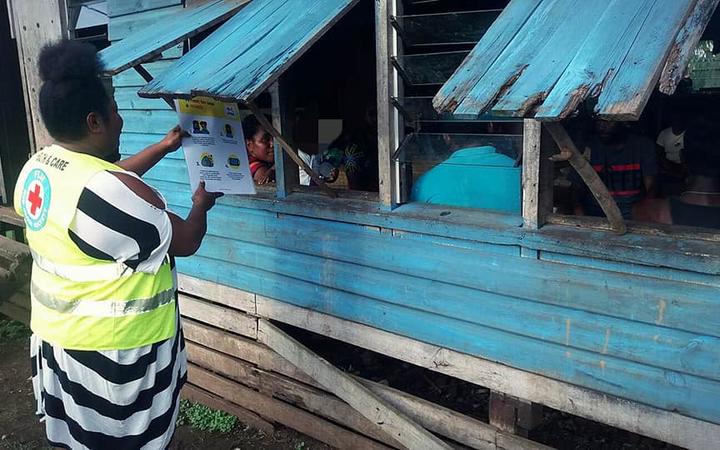 A Red Cross volunteer shares a message about Covid-19 transmissions through a window to a family in Uciwai Settlement, Nadi. Photo: Fiji Red Cross

Kadavu in the east, Macuata, Vanua Levu, in the north, and Beqa, Malolo and Naviti to the west of the country, have all reported a total of 703 Covid-19 cases with 465 of them from Kadavu alone.

Clinical health teams have been deployed to these areas to help local officials contain the Delta outbreak.

The Government also confirmed 143 new cases and one death on Friday.

That was compared with 179 cases and five deaths on Thursday.

In Friday's update, a 36-year-old man from Lautoka presented to the Lautoka Hospital in severe respiratory distress on 24 August but died later on the same day.

Health Secretary James Fong said the deaths of four other Covid-positive patients have been classified as non-Covid deaths by their doctors.

He said the doctors had determined that these deaths were caused by a serious pre-existing medical condition and not Covid-19.

"A four-day interval is given to calculate the 7-day rolling average of deaths, based on date of death, in order to help ensure the data collected is complete before the average is reported.

"As of September 5th, the national 7-day rolling average of Covid-19 deaths per day is 3 - 1 in the Central Division and 2 in the Western Division.

"We also have recorded 363 Covid-positive patients who died from the serious medical conditions that they had before they contracted the virus; these are not classified as Covid-19 deaths."

Dr Fong said of the latest cases reported on Friday, 76 were from the west, 59 from the Central Division and eight cases from the east and all on Kadavu.

There have been 93 new recoveries to report since the last update, Dr Fong said, which means that there are now 13,407 active cases - 2238 in the Central Division, 10,871 in the west, five in the Northern Division (Macuata) and 293 active cases in the east (all on Kadavu). 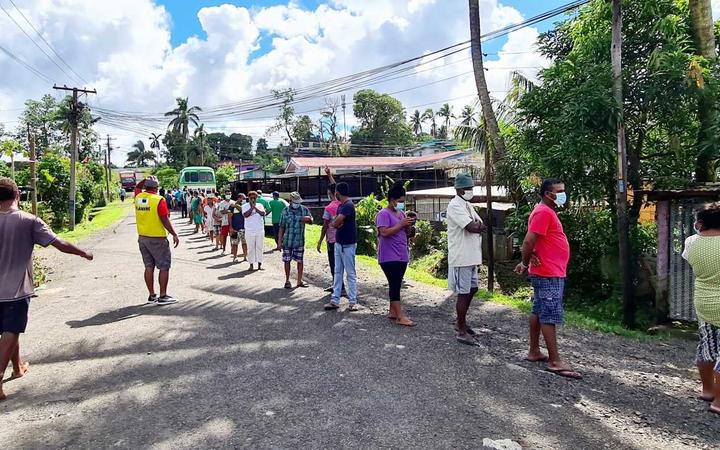 "We are currently reviewing and reconciling our active case database with recoveries and as a result we expect the recovery numbers to intermittently change markedly as verifications are made," Dr Fong said.

Dr Fong said there are 142 Covid-19 patients hospitalised: 60 of them are admitted at the Lautoka Hospital, seven are at the FEMAT field hospital, and 75 are at the Colonial War Memorial, St Giles and Makoi hospitals.

He said 13 patients are in severe condition, with five critical.

"Our mobile screening teams screened a total of 1,527 individuals and swabbed 21. This brings our cumulative total to 826,503 individuals screened and 73,394 swabbed by our mobile teams.

Dr Fong said the national seven-day average daily test positivity is 16.2 percent, which is on a downward trend, but still indicating a high level of community transmission.

"This means that 96.9 percent of the target population have received at least one dose and 56.2 percent are now fully vaccinated. 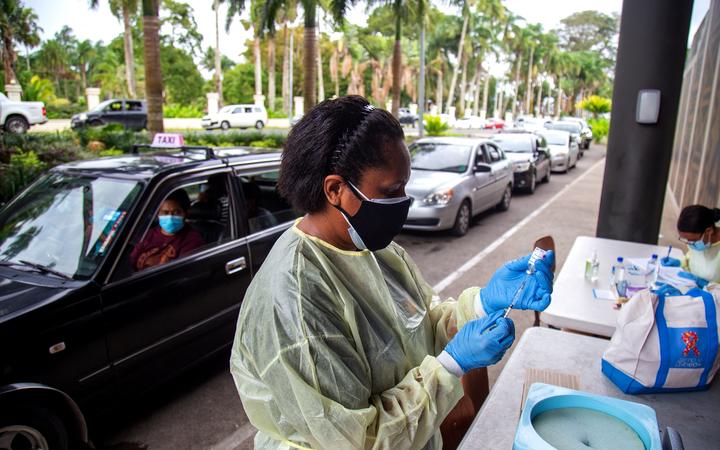 "Fijians can check the Ministry's vaccine dashboard to find real-time data on first-dose and second-dose numbers at the national, divisional and sub-divisional levels," Dr Fong said.

Dr Fong said the daily case numbers in the Suva-Nausori corridor are not being used as the sole indicator to monitor progress of the outbreak.

He said the Ministry is closely monitoring other indicators such as test positivity, hospitalisations and deaths to track the progress of the outbreak.

"With the decrease in testing numbers, testing remains above the WHO recommended rate of 4 per 1000 population per week (or approx 3500 tests per week).

"We will be transitioning to community surveillance testing as severe disease numbers and positivity rates approach the containment phase levels."

Meanwhile, Dr Fong said the lockdown of Namara Tiri Area in Vanua Levu has been lifted after day 1, 4 and 12 testing for primary contacts and 181 secondary contacts all returned results for Covid-19.

He said a total of 692 surveillance swabbing was conducted both inside and outside the containment area which also returned negative test results.

"The three remaining active cases are stable. Vaccination coverage in the Namara Tiri containment area is 98 percent and residents have been reminded to get their second dose which is due eight weeks after the first dose.

"The curfew hours for Labasa moves back to 11pm-4am, effective Friday 10th September 2021."

Fiji now has 13,407 active cases in isolation with the death toll at 534 - 532 of theses from the latest outbreak that began in April.