Reports from West Papua indicate thousands of people have fled their homes to the jungle after the latest deadly violence in Maybrat regency.

Pro-independence fighters with the West Papua Liberation Army have been blamed for killing four Indonesian soldiers on an attack on a military post in Maybrat last week. 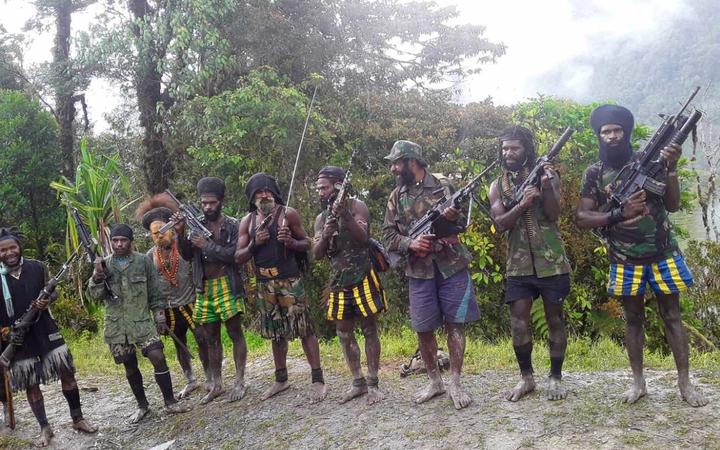 It's the latest violent in a series of attack by the Liberation Army in its ongoing campaign against the Indonesian state in Papua region.

As Indonesian security forces mounted a hunt for the killers in Maybrat, many local villagers feared getting caught up in the armed conflict

Reverend Bernadus Bovitwoss Baru, the director of the Augustinian Justice & Peace Office in nearby Sorong said people from at least fifteen villages have taken flight in Maybat.

"So the many people there are now replaced, they moved to the jungle from the movement or the mobilisation of the military coming," he said, estimating that up to five thousand people had been displaced.

"They're worried, the people are worried, because they don't have the security from the government."

Reverend Bernadus said that in the coming days he and two other Papuan priests would go into the affected region to talk with affected communities, and urge military figures to pull back from violence.

"So we want to meet the head of the military. We're going to talk with them, we just say you don't make violence with the people, with the women and the children."

Other Papuan regencies where mass displacement has occurred in relation to violence involving the Liberation Army and Indonesian forces since 2018 include Intan Jaya, Puncak Jaya, and Nduga.

The Liberation Army has previously warned civillians in some regions where it has declared as war zones that their safety cannot be guaranteed.