The New Zealand Government will today formally apologise for the Dawn Raids, in a cultural ceremony at Auckland's Town Hall.

RNZ Pacific sat down with the Minister for Pacific Peoples Aupito William Sio, in his only radio interview before standing alongside Prime Minister Jacinda Ardern, as she says sorry for the racist immigration policy that tore Pasifika families apart. 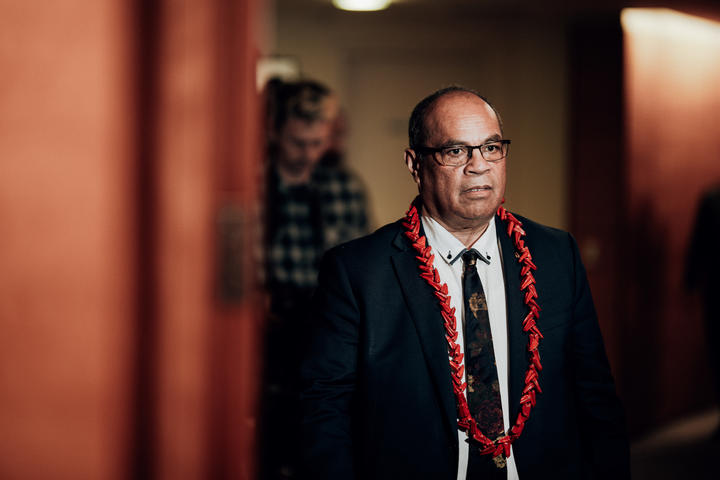 Understandably with the long work programme this apology has required of him (there has only ever been two formal government apologies meeting human injustice criteria), a number of portfolios and a pandemic continuing to ravage the Pacific, Aupito said he was nervous for today's proceedings.

A formal request for an apology was made to the orime minister's office from the Polynesian Panthers early last year, Aupito said.

His office was then made known, to which discussions between the Panthers and the Pacific Peoples Ministry began, on the apology's exact terms.

He said it was an easy task to convince his caucus colleagues that a Dawn Raids apology was important to make under this term of government.

"You have people like myself and others of Māori heritage, who use their cultural lens, cultural intelligence," he said.

However, there have been brief moments where he has sat in his office, alone, pondering how significant this moment will be.

"I suppose it's an emotional thing for me," he said. 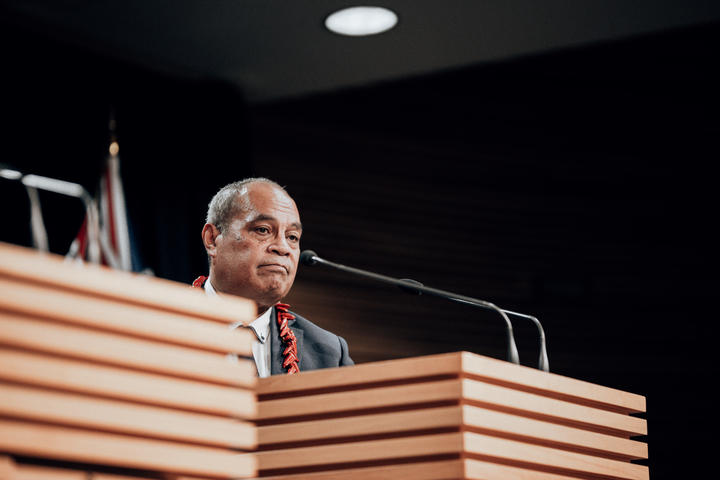 "So it can be quite lonely, just sort of reflecting on the past."

In June, the apology was finally announced in a tearful press conference at Parliament.

Aupito broke down as he revealed his own family was raided, during the 1970s clamp down on Pacific immigration by the Labour and successive National governments.

"I wasn't so much nervous," he said going into the announcement. "I was more worried about controlling my emotion.

"I was trying to figure out 'how do I support the prime minister in the media stand-up and not lose it?'"

During research the Ministry for Pacific Peoples had conducted to evaluate how Pasifika communities felt about an apology, he came across dozens who were traumatised to this day about the Dawn Raids.

"I found invariably those directly affected, their eyes would water up," he said.

"They'd become quite emotional and teary eyed and we would end up all crying about it, without saying anything."

He said those affected including himself, would be scarred for life. Although he hopes today's apology will lift a huge weight off the shoulders of most.

"The harm that was caused on a proud people was wrong," he said.

"We now know that this was racism of the worst kind.

"Huge numbers of overstayers from Europe and America were basically left untouched.

"It was wrong then, it is wrong today, it will always be wrong - racism, discrimination, prejudice - whatever form it takes is wrong."

When asked if he could guarantee that racist acts committed by the government against Pasifika would never happen again, Aupito said he could not control what happens in the future.

"But it is my hope and aspiration," he said.

One topic of contention has been where the apology will be held, at the Auckland Town Hall.

Many have argued the town hall is too far distant from where the majority of Pasifika now live in Auckland, south of the city.

Aupito explained there is historical significance of holding the apology in a "symbol of power" in which the town hall has come to be known for.

"Up a little bit from the town hall is K Road," he said. "That was the shopping mall of the Pacific communities in the 1970s.

"Where you go down, buy taro or green bananas, and ask the butcher for pig's head and ask the fish shop for fish heads, they gave it away.

"Further down is the PIC church, further down the road is the St Joseph's Catholic."

Aupito said both churches were instrumental in supporting Pasifika families who had settled in suburbs such as Grey Lynn, Ponsonby and Parnell.

Aupito's final remarks going into the apology are simple, may nothing like the Dawn Raids ever happen again in Aotearoa.

"I just think for our Pacific communities, I hope it begins the process of healing," he said poignantly.

"I hope it begins the process of restoring their mana and dignity as a proud people." 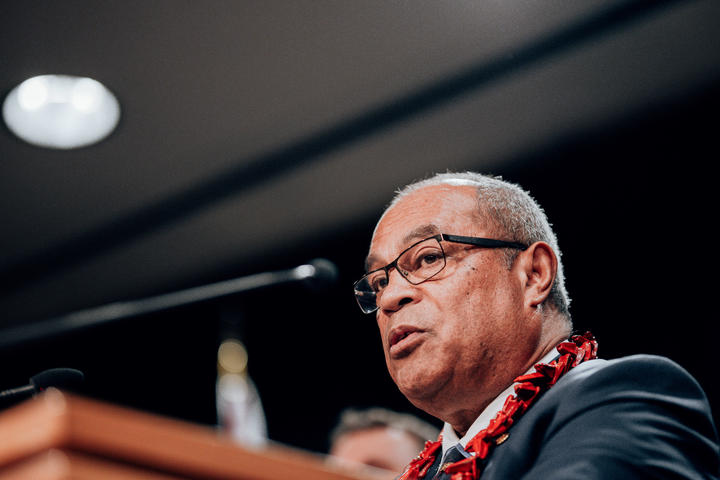 "For the rest of New Zealand, I hope it helps them to better understand why it's such a big deal to Pacific communities," Aupito said.

"Why it's such a big deal to the Polynesian Panthers, [Ngā] Tamatoa, CARE organisation, the people who championed human rights in that time.

"I just hope that we can better understand that racism that form cannot happen again.

"We can't tolerate it as a nation."