As with much of Indonesia, the country's eastern-most provinces of Papua and West Papua are struggling to contain the spread of Covid-19, with the Delta variant on the loose. 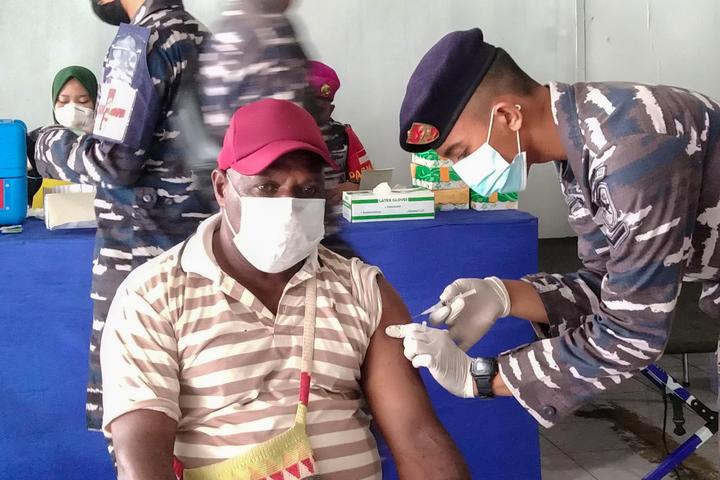 Earlier this week, the Papua provincial health spokesman Silvanus Sumule spoke to media outside a hospital in downtown Jayapura, explaining that hospital capacity had passed 100 percent, while they're short on oxygen tanks for Covid patients.

Patients were being treated in corridors or outside the building, the sort of desperate scenes being experienced across Indonesia, which has become the latest epicentre of the pandemic in Asia, with over 3.2 million cases and 90-thousand deaths from Covid. 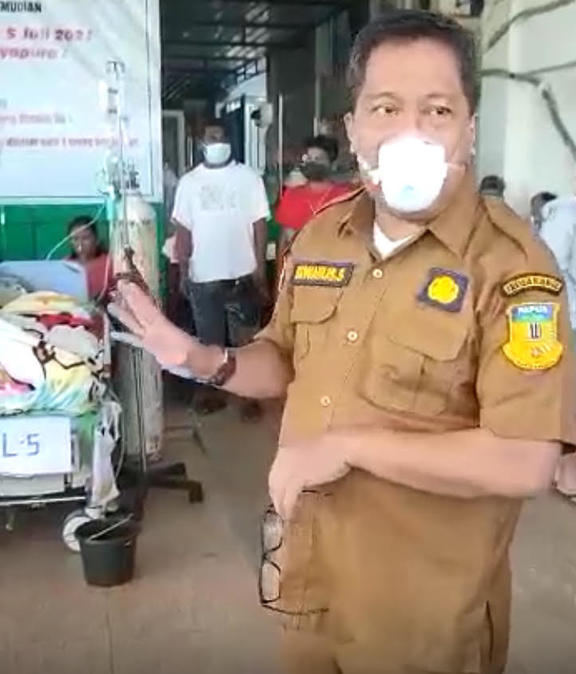 But the health system in Papua is weaker than most other parts of the republic, adding to fears that the virus is on track to cause devastation in indigenous Papuan communities.

A human rights adviser to the Papuan People's Assembly, Wensi Fatubun, said that with the Delta variant rampaging through communities, Papua's provincial government sought a full lockdown for the month of August.

"So the local government announced for the lockdown. But the national government doesn't want Papua province locked down, but use different restrictions on community activities."

With Jakarta having overruled Papua's local government on the matter, the onus goes on how people respond to the restrictions on gatherings as well as safety measures. But adherence to these basic measures has been mixed in Papua during the pandemic.

"We are really worried with Covid-19. If it go to the remote areas, we don't know, maybe many many indigenous Papuans will die, because there's not enough doctors, nurses, and also health facilities," Fatubun said.

Across Jayapura, there's been a spate of burials in recent days - another sign of the surge in Covid-19 cases, which could be significantly higher than official statistics show.

'Many Papuans are dying'

To avert the death rate growing more out of control, the national government of Joko Widodo is focussing on efforts to vaccinate as many people as possible in the coming weeks and months. 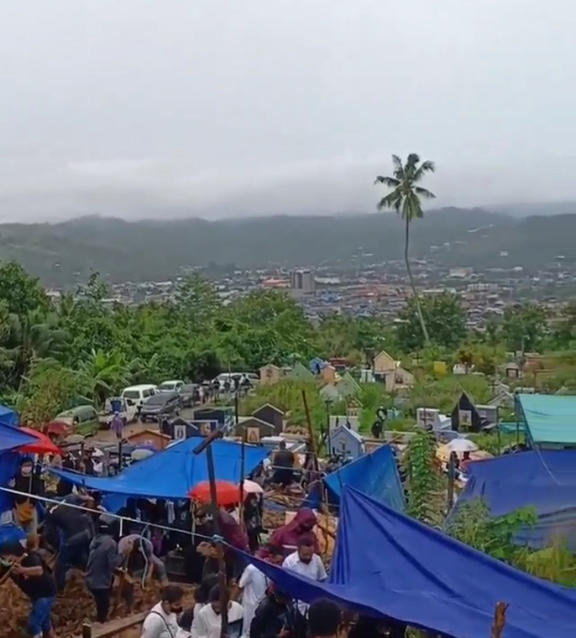 Abepura cemetery 25 July, 2021: a spate of burials in Jayapura in recent days - a sign of the surge in local deaths from Covid-19. Photo: Supplied

So far around 22 percent of the eligible population of 208-million have had at least a first dose of the vaccine, and around 10 percent have had two doses.

The moderator of the Papuan Council of Churches, Reverend Benny Giay said many West Papuans were resisting the vaccine rollout, chiefly because of the role of Indonesian security forces who he said indigenous Papuans often mistrust.

"In the past few months, in several districts, it's the military and police who accompanied medical teams who go promoting the vaccines. But people turn them away. It's very difficult to convince the people," he said.

Given the ongoing violent conflict between Indonesian security forces and West Papuan independence fighters, as well as decades of human rights abuses and racism against Papuans, Reverend Giay said the resistance was understandable.

"The reality here is that they've gone through this crisis and violence, and the government is involving military and police to be part of this and we don't like that."

Reverend Giay wants his people to get vaccinated, and is urging people to not be dissuaded by misinformation propagated on social media. He suggested outside help is required.

"Many Papuans are dying. We've been calling international community for help - maybe International Red Cross, maybe a humanitarian intervention to convince our people (to get vaccinated)."

This proposal is highly unlikely to be accepted by Indonesia's government which has long restricted outside access to Papua.

Jakarta continues with a business-as-usual approach in the remote eastern region, and is sticking to its plans for Papua to host the Indonesia National Games in October which will bring in many people form other parts of the country.