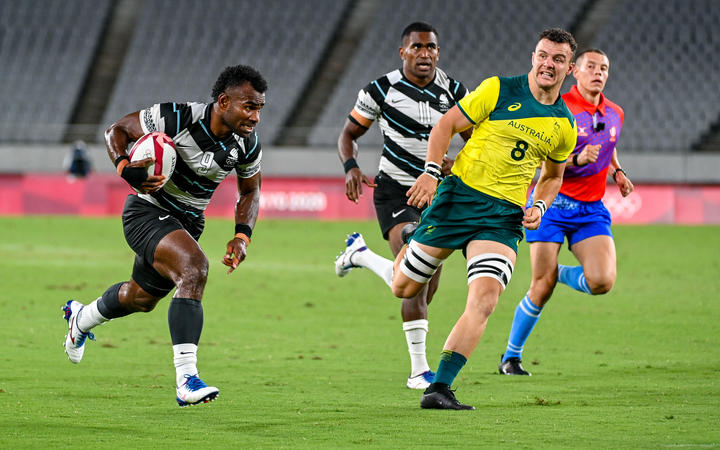 Day Five of the Tokyo 2020 Summer Olympics is all about rugby sevens and whether Fiji can defend their gold medal from 2016.

The Fiji men's sevens team will play New Zealand in tonight's Gold medal match at the Tokyo Olympics after surviving a brief scare to beat Argentina 26-14.

The defending champions scored the first two tries through Sireli Maqala and Meli Derenalagi but conceded two late tries to trail 14-12 at half-time.

Jiuta Wainiqolo and Semi Radradra scored in the second spell to seal the comeback win and give Fiji a chance to win back to back gold medals.

The All Blacks Sevens beat Great Britain 29-7 in the first semi final.

Both Fiji and New Zealand are unbeaten in Tokyo, with four wins apiece, with Fiji winning both encounters at the Oceania Sevens in Townsville last month. 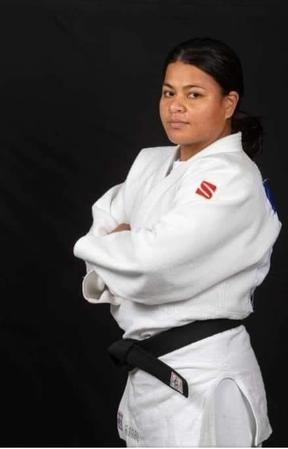 Kinaua Biribo will today make history as Kiribati's first Olympic judoka. She hopes to give back to her community upon returning home, telling The Guardian "When I go back, I'm going to do school visits and tell this story - to inspire I-Kiribati kids, especially the girls... Sport is not only sport - it can take you anywhere."

Adrian Hoesche is no stranger to the medal podium, having won bronze in this discipline at the Junior European Championship of the 470s in Wales in 2013, representing Germany. 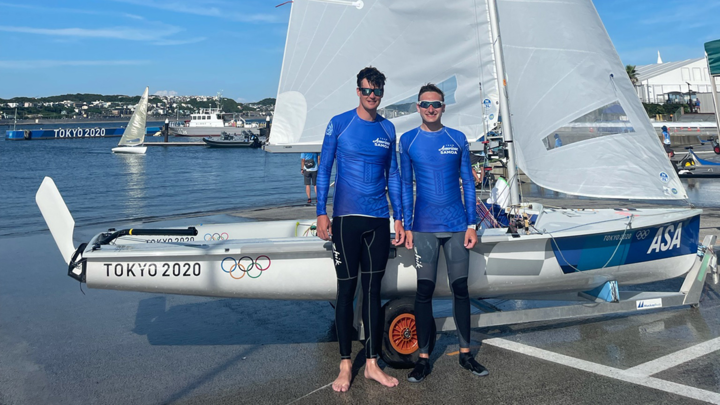 Cook Islands athlete Jane Nicholas made it to the semi-finals of the Canoe Slalom Kayak event yesterday, where she finished the event ranked 22nd.

Mineri Gomez of Guam has talked about struggling to train for the Olympics due to the Covid-19 pandemic, having to train at the beach, until her dad built her a 15-metre pool at their home.

"My dad, he built the pool in our backyard. We were talking about it for a long time, then he built a temporary one, then he built the big one. I knew he could build stuff because he builds everything we have at the house, but the big pool, it was kind of amazing. I couldn't really believe that it happened', she told Guam Pacific Daily News

One of only two Marshall Island athletes, Collen Furgeson has long been making her country proud, having made her international debut in 2013, representing Marshall Islands at the World Championships in Barcelona, Spain.

Gomez (Guam) and Furgeson (Marhsall Islands) are competing in the Women's 100m freestyle, in Heats 1 and 2 respectively.

Congratulations to Lincoln College member Colleen Furgeson for earning her spot to represent the Marshall Islands in swimming at the #Tokyo2020 Olympics. We'll be rooting for you from afar!https://t.co/5fCAxriXYf#theNSLS #olympics

Tasi Limtiaco will be representing the Federated States of Micronesia in the Men's 200m Individual Medley in Heat 1. 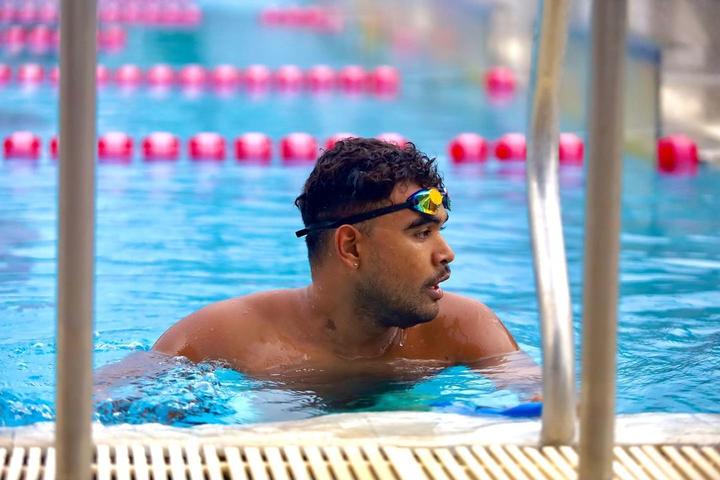