The French president Emmanuel Macron says he will endorse a bid by French Polynesia's Marquesas Islands to become a UNESCO World Heritage site.

The archipelago has been lobbying for years to be part of France's UNESCO heritage.

Making the first presidential visit to the Marquesas, Mr Macron told the crowd at his reception to be proud to be Marquisian, Polynesian and French. 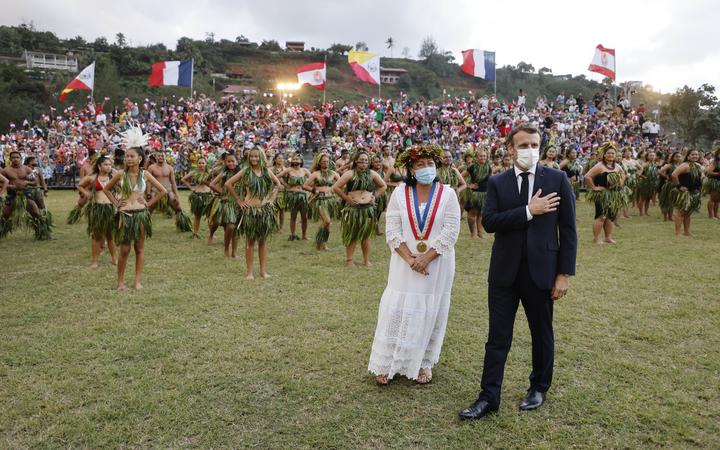 Earlier in Papeete, he called on French Polynesians to get vaccinated against Covid-19.

He also joined a commemoration of the 80th anniversary of the departure of local volunteers to fight for France in the Second World War.

Despite a four-day protest ban, some anti-nuclear demonstrators gathered outside Papeete airport denouncing France's legacy and demanding it to own up to the damage caused by the tests. 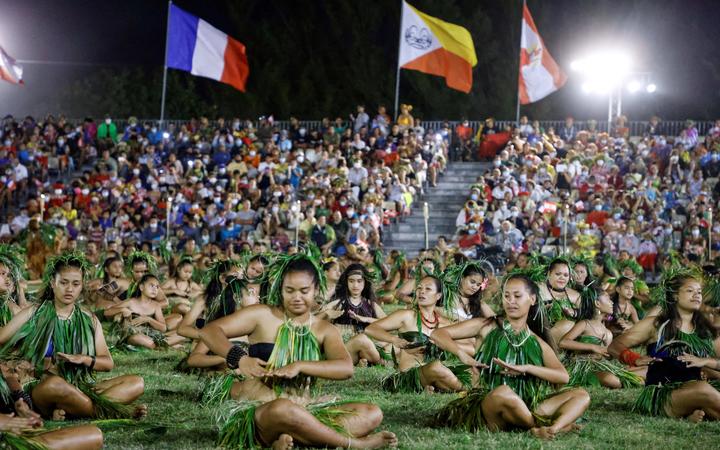 Traditional performers and dancers take part in a cultural show for visiting French President Emmanuel Macron (not pictured) at a stadium during his visit to Atuona on Hiva Oa, the second largest island of the Marquesas Islands, French Polynesia Photo: Ludovic MARIN / AFP