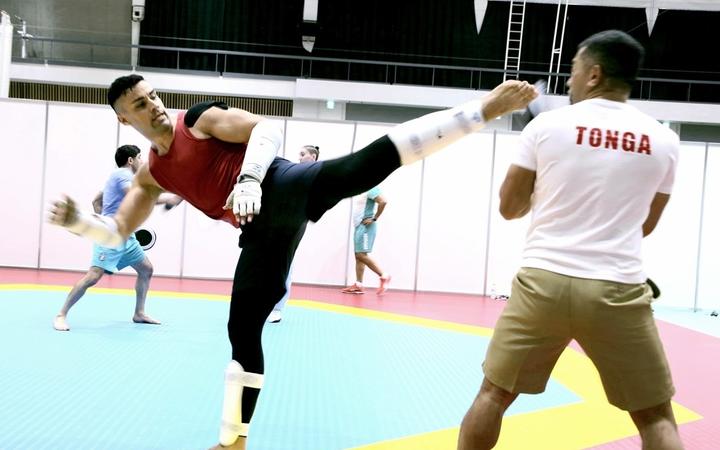 Day four of the Tokyo 2020 Summer Olympics kicks off with the reigning men's sevens champions Fiji taking on Great Britain in a repeat of the 2016 gold medal match.

The Fiji men's sevens team are through to the final four at the Tokyo Olympics after beating Australia 19-0 in their quarter final clash.

Captain Jerry Tuwai opened the scoring as the defending champions led 7-0 at half-time. The reigning world player of the year added another try midway through the second half before Aminiasi Tuimaba sealed the win with just over a minute left on the clock.

Fiji, who beat Japan, Canada and Great Britain in pool play, will face Argentina for a place in the final, after the South Americans overcame an early red card to upset South Africa 19-14.

The French Polynesian surfer Michel Bourez has been eliminated in the Olympic surfing competition.

35-year-old Bourez, who was the only competitor of the French team making it to the quarterfinal, lost out to Brazil's double world champion Gabriel Medina.

Surfing made its debut as an Olympic sport this year, with Tahiti hosting the 2024 event when Paris will organise the next Olympic Games.

Cook Islands paddler Jane Nicholas was eliminated in the Semi Finals in the Women's K1 event.

She also competes in the Women's Canoe Heats 1st Run on the 28th of July. Cook Islands Sports says Nicholas is making Olympic History as being the first ever female competitor in the WC1 which is a new discipline at the Olympics for Canoe Slalom. 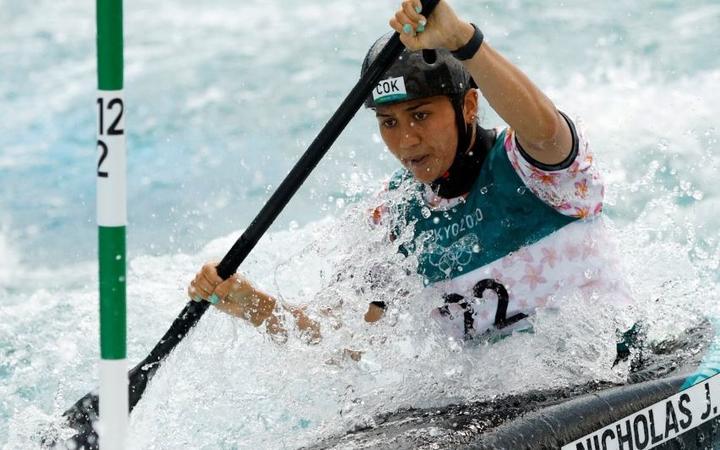 Vanuatu's Hugo Cumbo was beaten by Uzbekistan's Sharofiddin Boltaboev in the men's 81kg division, with Guam's Joshter Andrew defeated by Akma Murodov of Tajikistan and Samoa's Peniamina Percival eliminated by Frank de Wit from the Netherlands.

The famous flagbearer was outclassed 24-3 by top seed, the Russian Olympic Committee's Vladislav Larin, in the first round of the men's +80kg before a 22-1 defeat by Ivan Trajkovic of Slovakia in the repechage.

UNICEF Ambassador Pita Taufatofua started Taekwondo as a young boy growing up in Tonga. “I’m out here to be the best version of me.” – @pitaTofua competing at #Tokyo2020.@nytimes https://t.co/LtiRE1VSZy

Fiji's Sophia Morgan is 42nd of 44 competitors after six races in the women's laser radial event.

Papua New Guinea's Rosa-Lee Numa is one place behind her after a 39th place effort in race six - her best finish so far. 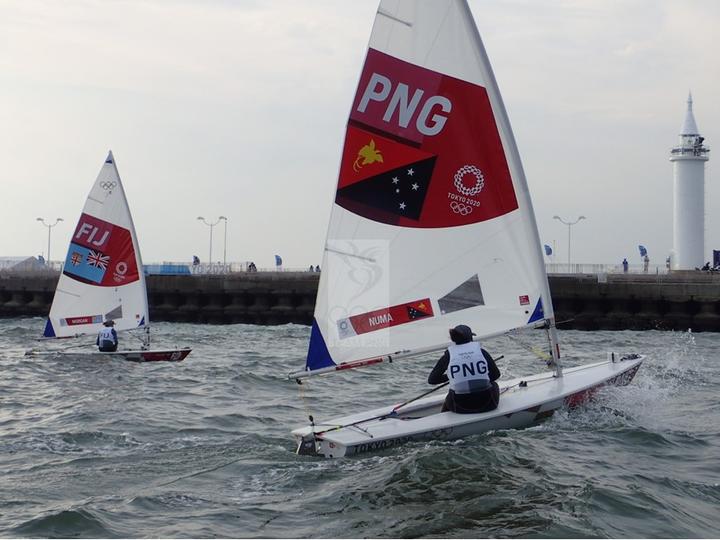 Samoa's Eroni Leilua finished 27th of 35 competitors in race six to match his effort from race two. He's 32nd overall with four races to go, while Papua New Guinea's Teariki Numa is still bringing up the rear of the fleet after a 34th place effort.

Samoan heavyweight Ato Plodzicki-Faoagali was eliminated in the first round by Uladzislau Smiahlikau of Belarus.

The Commonwealth silver medallist said: "I tried my best and thought I did enough, but wasn't to be".

The 23-year-old Stephens touched home in 52.72 seconds in his men's 100m heat, finishing just 0.18 second behind Danilo Rosafio of Kenya. Edgar Iro from Solomon Islands finished seventh in his heat in 1:00.13.