The Fiji rugby team say a plan to wear a message on their jerseys promoting Covid-19 vaccinations against the All Blacks were scrapped for a second week following a directive from their major sponsor. 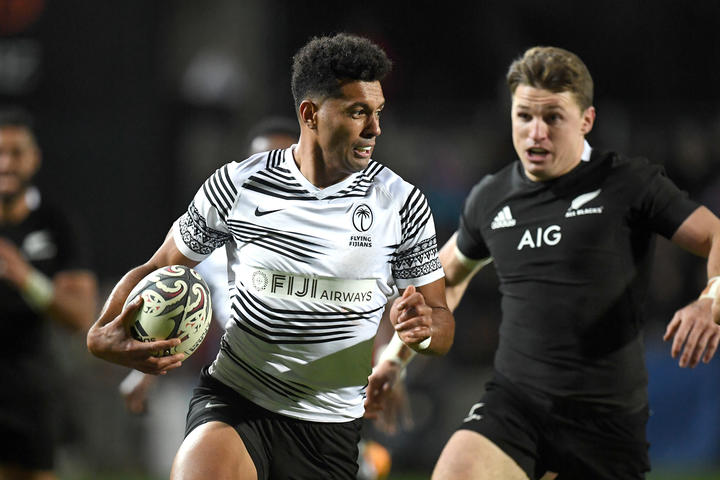 The Flying Fijians wore jerseys with Fiji Airways across their chest, instead of a message promoting Covid-19 vaccinations. Photo: PHOTOSPORT

The jerseys were set to read "Vaccinate Fiji - It's your choice".

But the players took to the field with a Fiji Airways sticker across their chests instead.

Coach Vern Cotter said the team was left out of the loop for a second week, and were only informed of the change on Friday.

"Those conversations were being had with the sponsor and the (Fiji Rugby) Union," he said.

"I wasn't aware until things were decided really yesterday that that's what the stance was going to be." 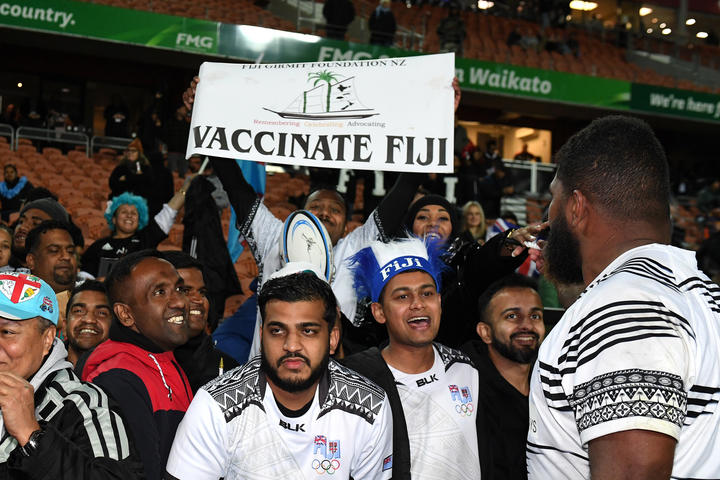 Fans at the Fiji vs All Blacks test in Hamilton display a sign promoting Covid-19 vaccinations. Photo: PHOTOSPORT

The Fijian players also decided against wearing jerseys with the "Vaccinate Fiji" message for last weekend's test in Dunedin, because some of the players didn't want to.

It was not clear whether Fiji Airways was unhappy with the compromise message that had been agreed by the players, with the "it's your choice" message labelled in some quarters as a missed opportunity that further muddies the waters around the vaccination message.

Cotter acknowledged there was differing views towards vaccinations within the Fiji squad.

"Obviously it wasn't unanimous the whole thing but it's all about that choice and the main thing was the sponsor wanted that awareness.

"The messages got through and it was a democratic process, which I take the hats off to everybody. I think what we wanted, what everybody wanted was achieved." 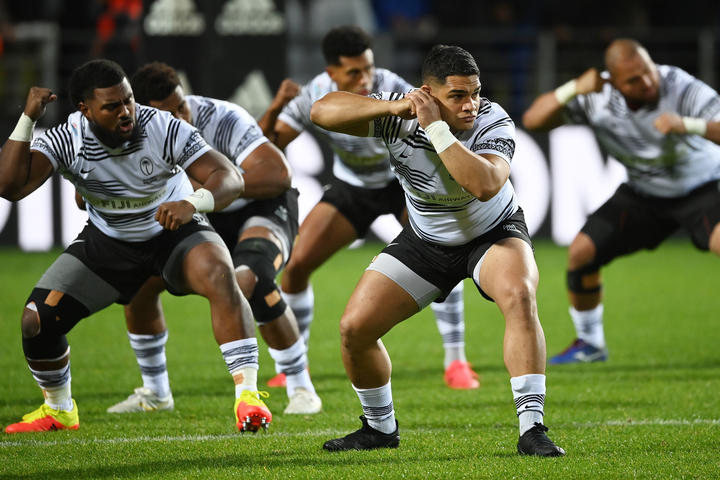 Fiji reported a daily record 1405 new cases of Covid-19 in the 24 hours to 8am on Friday, while the death toll rose to 80 - 78 of these from the latest outbreak that began in April.

However vaccine hesitancy remained staunch in pockets of Fiji, and the government last week announced tough penalties in order to compel public servants to get vaccinated or lose their jobs.

Cotter said the media coverage over the past week also helped to spread the message around vaccinations to a wider audience.

"It was all about awareness and I think the week of every day people talking about I think it got aired quite well," he said in the wake of Fiji's 60-13 defeat by the All Blacks in Kirikiriroa.

"I think the awareness worked so it came back to the major sponsor, the space on the jersey, and everyone thought 'well perhaps the job's been done. We'll just put the major sponsor back on and just move on with that, so that's effectively what happened." 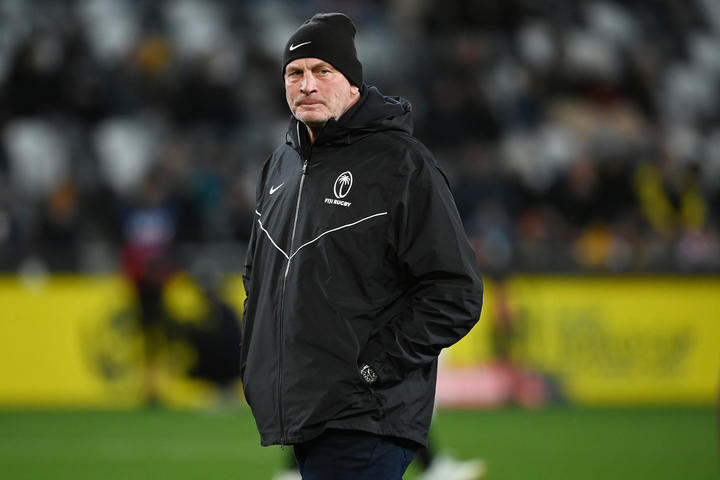 Fiji Airways had offered their space of the front of the Flying Fijians jersey ahead of the match in Dunedin, but the team said that decision was "sprung" on them at late notice without the necessary consultation.

Cotter said the team was also conscious that the airline was their major sponsor and has been doing it tough.

"If you can understand Fiji Airways is suffering a little bit because of Covid and the fact that there is no tourism and there is no activity for the airline.

"Everybody is aware of that - the players know it's a major sponsor and they're hurting - and this seemed be the only, seemed to be the fair way of representing that major sponsor." 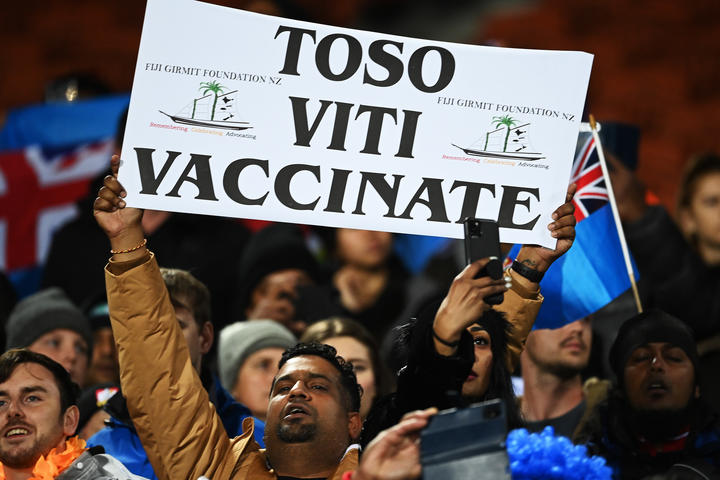 While the Fijian players did not wear a vaccination message on their jerseys, the "Vaccinate Fiji" slogan was displayed on the LED hoardings around the field and a digital logo was projected onto the halfway line at FMG Stadium that was visible to television viewers.

Baleinabuli said Fiji Rugby's sponsor group paid for the message to be advertised during the game.