The French Polynesian president says Paris has for the first time conceded that it should compensate Tahiti's social security agency CPS for the medical costs caused by France's nuclear weapons tests.

The agency repeatedly said that since 1995 it had paid out $US800 million to treat a total of 10,000 people suffering from cancer as the result of radiation from the tests. 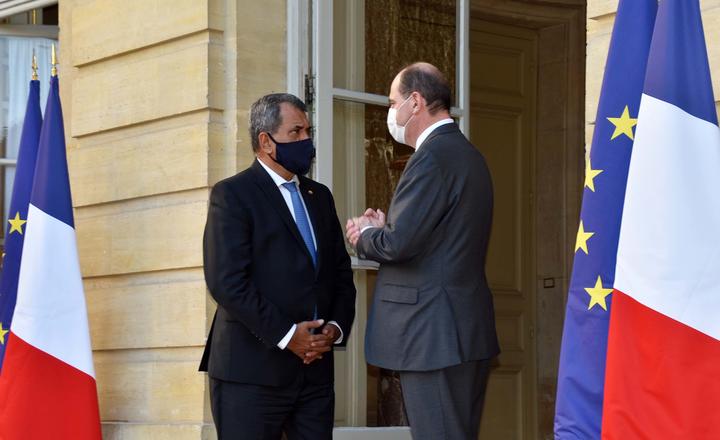 Edouard Fritch said he received a letter from the French prime minister Jean Castex, in which he admitted that the demand for a re-imbursement of the outlays was legitimate.

The compensation question was one of several issues raised at a roundtable on the nuclear legacy held in Paris at the start of the month, attended by President Emmanuel Macron and Mr Fritch.

He said the French Polynesian delegation at the talks also raised the principle of compensation for the tests sites at Moruroa and Fangataufa, which remain French military no-go zones.

Mr Fritch said various topics raised in Paris, such as opening of archives and compensation of test victims, will be acted on within weeks in work groups to be set up in Tahiti.