The Fiji men's and women's sevens teams have settled into their training base in Oita ahead of the upcoming Tokyo Olympics. 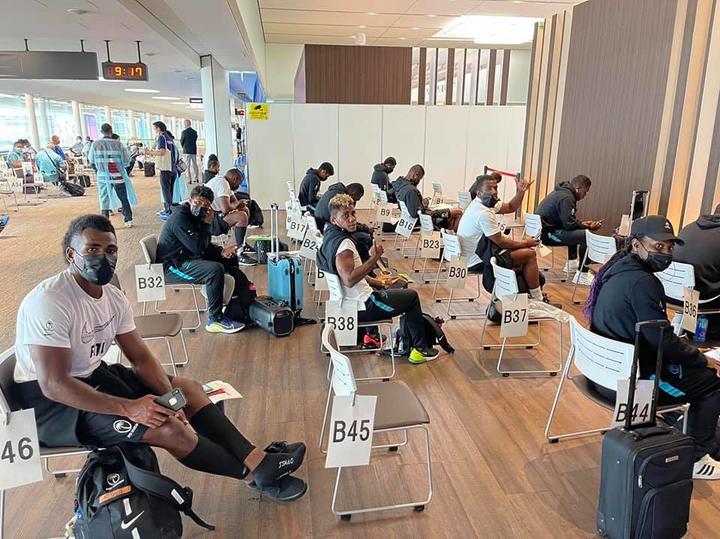 The Fijian squads spent a day and a half travelling between Sydney and Oita. Photo: Fiji Rugby

The squads arrived in Japan on Friday after competing in the Oceania 7s in Townsville, and will spend two weeks at their temporary training base before relocating to the athletes village.

The men's squad has been boosted by the arrival of European based stars Semi Radradra, Vilimoni Botitu and Aminiasi Tuimaba and coach Gareth Baber said the former sevens stars have arrived in good shape.

"Semi, Botitu and Tuimaba are all good and healthy. We're talking and I've done some one on ones with them and shared some of the information that we have," he said.

"Obviously you can't be too much up front: we've got to bed them in and give them a chance to feel part of the group again, and we've done that with a couple of off-field exercises as well, but they're settling in well." 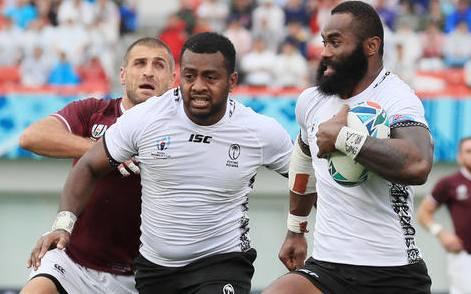 Semi Radradra (R) is among the European based stars to join the sevens squad in Japan. Photo: AFP

The Fiji men are looking to defend the Olympic gold medal they won in Rio five years ago.

They won all six games at last month's Oceania tournament and will play some training games on Thursday and Friday that mimic the match-day schedule they'll will encounter in the Olympics.

"It's something we've done several times back in Fiji. It works well for us, it creates a mentality, a vision of going to the Olympics around how you manage yourself for the day and you play," Baber explained.

"Obviously for those three players particularly a little bit of a test and a challenge to get them where they need to be for the time that they come into the Olympics itself."

The Fiji women's team recorded a notable win over Australia in Townsville last month and have also been mirroring the Olympic schedule during their preparations.

Coach Saiasi Fuli has a healthy mix of youth and experience and said the Fijiana squad is embracing a positive mindset in the countdown to Tokyo.

"We have four players that have been to the last Olympics in Rio. The morale is good. The spirit is good," he said.

"They are just being excited, training every day and looking forward to to go next week into the Games village and then hit it straight away with our first game." 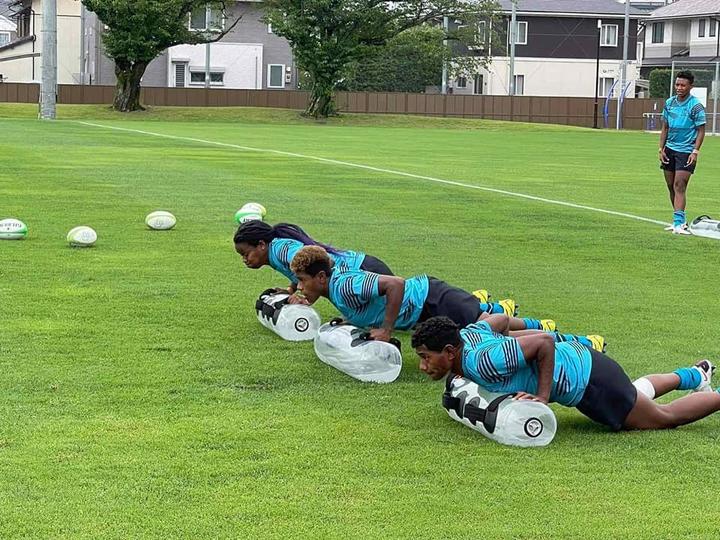 "(Whether you are) an experienced player or a new player you have to embrace the Fijian style of play. Just keep the ball alive, apply the pressure and then stay positive throughout the game and try and win your matches."

The Fijian sevens squads fly to Tokyo next Thursday before entering the Olympic village the following week.

The men begin their title defence against hosts Japan, in the first match of the tournament, on Monday 26 July, with the Fijiana also kicking off the women's tournament three days later against France.