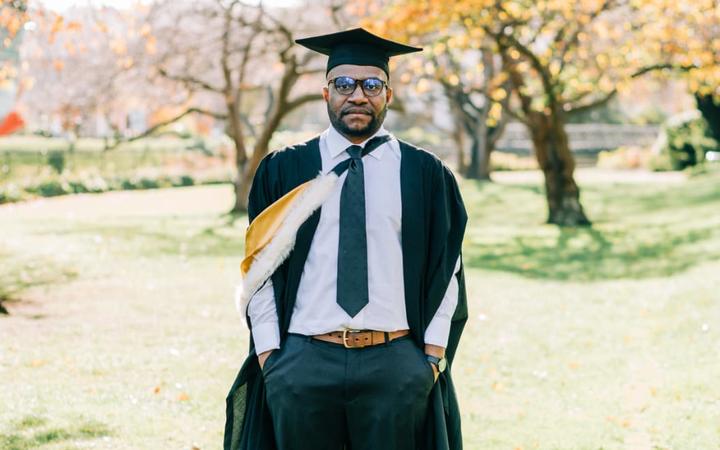 They are recipients of scholarships come from the governments in the Indonesia-administered Melanesian provinces of West Papua and Papua, a region known widely as West Papua.

The governors of the two provinces - Papua's Lukas Enembe, and West Papua's Dominggus Mandacan - decided to send indigenous students to pursue higher education overseas as paret of the Melanesian way where tribal chiefs help younger generations to prepare for the future of their people.

The graduates have completed a range of Masters and Bachelor degrees in various disciplines of study.

Yan Piterson Paiton Wenda, a scholarship recipient of Papua province, completed his degree as Bachelor of Commerce in Management from Otago University on 15 May.

Wenda, who is also the President of Papuan Student Association in Oceania said that the celebration of his graduation is something that he will remember in his lifetime because he never usually even celebrates his birthday.

"I pay my tribute firstly to my mom because I was raised by a single mother. She is a great person in my life because she never leaves me alone when I misbehaved.

"I wish my mom could have witnessed by herself the results of her prayers and hard work of selling cassava, peanuts, and other garden products. But unfortunately, it wasn't the reality. I was very sad as my parents and family couldn't watch the live graduation on Facebook, as you know… because the internet is still blocked in Papua," said Wenda.

"I am academically not good, but as you can see, I am granted this opportunity because the government of Papua the province wants to equalise us who come from underprivileged families and affluent families" said Wenda.

Wenda who is now doing his Post Graduate Diploma at Otago University said there are three guiding principles that he always holds, including:

Firstly, he said he always has a belief in something. Secondly, he has a firm motivation for why he is here. Thirdly, he always hangs out with supportive friends or people who bring positive influence on his study. 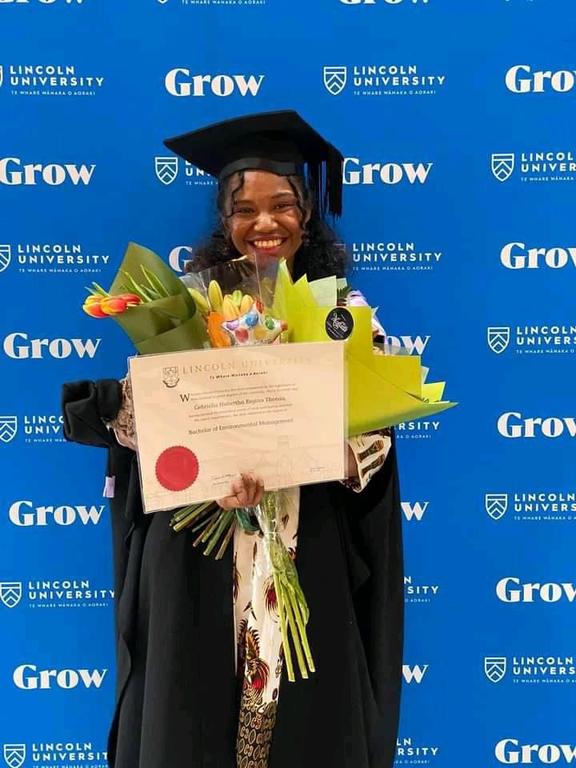 Thenau, or 'Gebi' as she is known, said that having an opportunity to study in New Zealand was not something she had previously dreamt of, given that overseas study has always been very expensive.

Therefore, she said she was so grateful to the government of West Papua province for granting her the scholarship to study in New Zealand.

Gebi said her parents always reminded her to study seriously because the government used Papuan people's money, which her parents called "Blood Money".

She said when she heard queries from them about when she is going to finish her studies, she always feels too much pressure.

"My parents always remind me to study seriously. My dad always says remember that you are using indigenous Papuan's money.

"Despite having pressure from my family and study, I always believe that having qualification from one of the top universities in NZ will pay off everything.

"And finally, I made it and my parents and family are proud of that," she said.

Gebi, who completed her elementary to high school studies in the city of Sorong, one of the cities that predominantly hosts non-Papuans from other parts of Indonesia, said that having supportive parents on her journey was very important.

"This is a great opportunity as our parents didn't have an opportunity like us to study overseas - our mothers are sweating and crying on the street for their kids to get a better education, and women don't have many opportunities in the public space," said Thenau.

"So, I hope our success stories will wipe away their tears and sweat." 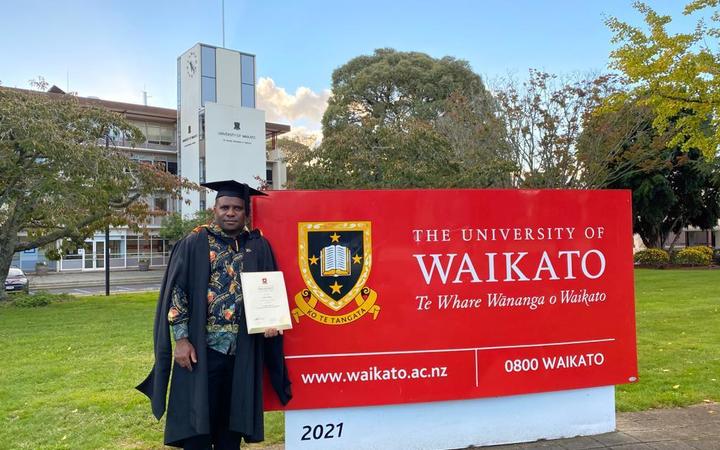 'An honour and privilege'

The first university student from his tribe and church, Sonyap said that he was extremely grateful that Papua's governor, Lukas Enembe and the late Vice-Governor Klemen Tinal for the opportunity that he got to study in Aotearoa New Zealand.

"It is truly an honour and privilege for me to study here in New Zealand as I have no one who can support me to effort to study here.

"I also would like to take this opportunity to pay my great tribute to the late vice governor for his incredible wisdom and unique personality in leading the Papuan people. I wished before he passed away, he would have seen our success on our study and career, which is part of his life dream," Sonyap said.

Sonyap, who did his elementary to high school in Papua, before completing a Bachelor degree in the Indonesian city of Makasar, said he learnt so many things during his stay in New Zealand - academically, socially and in many other ways.

"I have been through so many challenges, you know, because I started my English course at IPU New Zealand in Palmerston North and continued my Post Graduate Diploma at Waikato University then finally completed my Masters.

'I had completely lost hope'

Yuliktus Korain of West Papua has also been studying at Lincoln where he has recently completed a Bachelor of Commerce in Marketing degree.

Korain - "Yulko" as he is known - is an exceptional student. An orphan, he plans to "bring light to his people".

He said that in order for him to reach the level where he was now, he had gone through many challenges.

One of the challenges was because he and his younger brother lost their parents when they were still at a very young age.

"Man…it was extremely hard for me and my younger brother to face the reality when my mom passed away in 2003, just when I started my elementary school and later in 2008 my dad passed away when I was in grade 4.

"I completely lost hope. I decided to stop going to school because of financial difficulties and losing my parents. For one year, I just stayed at home and played with other kids in the village," he said.

Korain said that he was lucky as his uncle - "an angel of the Lord" as he describes him - offered him study. He stayed with his uncle while completing his grade 4, and during grade 5 and 6, he stayed with an aunt.

Korain continued his middle school to high school while staying in a seminary. He said his groceries, stationery and other needs were looked after by the seminary. 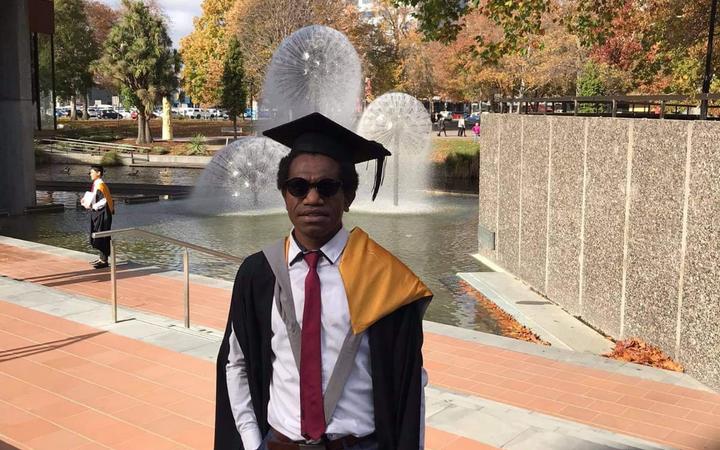 The four students dedicate their accomplishments to their families and the indigenous people of Papua.

Coming from Melanesia and Pacific region, they said Papuans sometimes faced a lot of cultural stigmatisations, including being labelled primitive, stupid, and underdeveloped as well as being subject to racial attacks. That is why Papuans students cannot study with full concentration.

But in Aotearoa New Zealand, with the kindness and generosity of Kiwis either in the universities or in the social environment, they feel safer and peaceful.

They extend their gratitude toward everyone who has been part of their life and study journey in New Zealand.