A decision is now expected early next week in Samoa on the constitutionality of the FAST Party swearing in on the lawn in front of parliament on 24th May.

FAST, which had won the most seats in the April 9th election, organised the swearing in to comply with the country's electoral rules that parliament must sit within 45 days of the election.

But the FAST MPs found themselves barred illegally from parliament after the HRPP leader, Tuila'epa Sa'ilele Malielegaoi, directed the Speaker to close the doors.

The Supreme Court in Apia on Monday heard submissions from both parties and its decision is likely early next week.

Meanwhile on Wednesday the Court of Appeal will be asked by FAST to clarify its ruling that there should be a sixth woman MP in parliament.

In that ruling the court also said any such decision couldn't occur until all the election petitions and any subsequent by-elections have been held.

FAST wants the court to stop the HRPP from using this decision to delay vacating government offices and allowing FAST to begin governing the country. 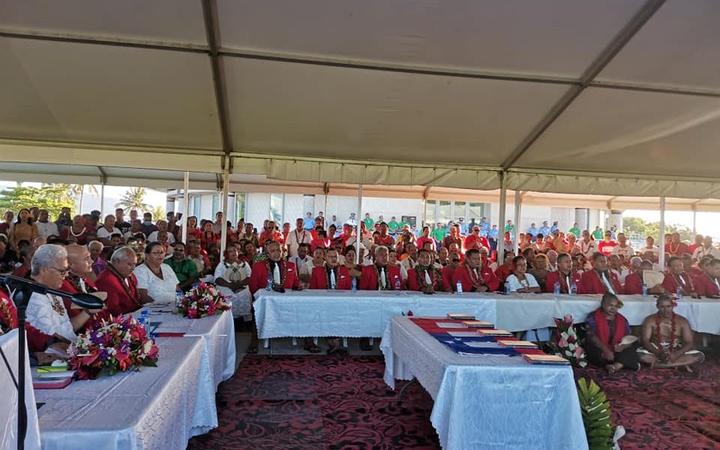 Of the 28 electoral petitions three have now been resolved.

On Monday the Supreme Court dismissed the challenge against the winner of the Faasaleleaga No. 2 seat.

On Friday the court ruled the re-elected HRPP MP for Sagaga No.2 constituency, Seiuli Ueligitone Seiuli, guilty of 13 bribery and two charges of treating.

It also found the petitioner guilty and a by-election will result.