Anti-vax misinformation is throwing a spanner in the works for Covid-19 vaccination programmes in Papua New Guinea and Solomon Islands, with the prime ministers of both countries firing warnings at those spreading it. 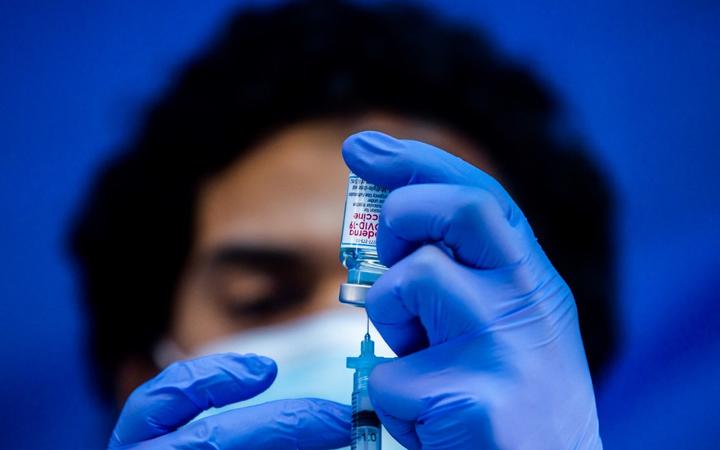 PNG Prime Minister James Marape issued a blunt statement this week, saying his government had done everything possible to provide the vaccine during a time of global demand, and that if people did not get themselves vaccinated and then felt sick or died, they only had themselves to blame.

The tally of confirmed cases of Covid-19 in PNG has grown at 16,000 cases in four months, and almost 17,000 people have tested positive for the virus so far. Yet the rate of infections has tapered off from March's highs.

The government has declared the situation under control, but is anxious to use its supply of AstraZeneca doses before they expire. About 100,000 doses sent through the COVAX programme facility need to be used within a month or they will go to waste.

A little more than 41,000 people in PNG have now had the vaccine, mostly essential workers and about 7000 health workers. But the figures are a drop in the bucket compared to the total population of 9 million people.

Professor Glen Mola, the head of obstetrics and gynaecology at Port Moresby General Hospital, said the government could be more vigourous in quelling misinformation from anti-vaxxers.

"It's just ridiculous that we spend hundreds of hours out of our precious health worker time countering the ridiculous conspiracy theories of a few people. They spend all their days on social media spreading all this fear.

"The Controller has powers under the National Pandemic Act, to declare people a threat to public safety... and give them a warning and lock them up if they don't heed the warning." 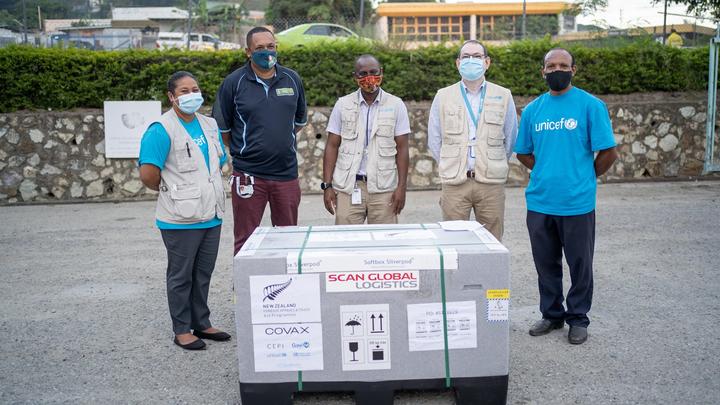 146,000 doses of the AstraZeneca vaccine, bought by the NZ Government were delivered to PNG this week. Photo: Supplied/ PNG Department of Health

Many of PNG's nurses initially refused to get the vaccine when first offered in late March and early April, asking for clear information about its safety and efficacy.

A Port Moresby nurse (who asked not to be named) this week told RNZ her colleagues had been working their way through the information about the vaccine that had since been made available to them, but she was not yet convinced about it.

"The front-liners are not well informed of all those things, so most of us are still in suspense. But we are just trying to read around and search online, and see for ourselves what it is."

Prof Mola said his team of doctors had all lined up for the jab, but more work was needed to be put into the campaign to vaccinate as many health workers as possible.

"They've had their first shot, and some have had two shots now - that's the doctors in the maternity side. And we have not had a doctor go down with Covid since we started vaccinating."

One prominent anti-vaxxer in PNG with almost 7000 Facebook followers offers multiple daily commentaries on what she described as a global project to kill and maim millions. 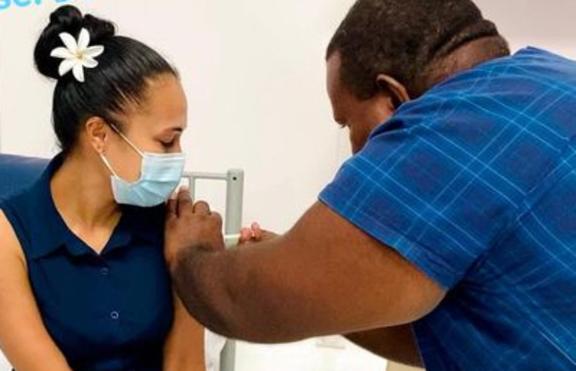 The information shared included 'terrifying' reports from an alternative UK media source, denigration of organisations which support the vaccine rollout in PNG, and questions such as: "How many times do we have to tell these idiots who have allowed themselves to be injected with poison?"

Marape earlier warned citizens against relying on information on Facebook to guide their approach to vaccines.

The official death toll from Covid-19 in PNG is 167, but as with the total confirmed cases, the real figure is likely to be much higher, as testing for the virus and reporting of deaths have been limited.

Health workers feature prominently among those in PNG confirmed to have caught the virus so far, and systemic staffing shortages were placing great strain on the workers who continued on the job.

The Port Moresby nurse spoken to by RNZ said she believed there were hospital staff infected with the virus who continued to work in the hospital.

"Maybe they are just trying to normalise the coronavirus like any other diseases," she said.

In the Solomon Islands, Prime Minister Manasseh Sogavare spoke out in a nationwide address criticising a small group of health workers who had promoted misinformation about Covid-19 vaccine safety and effectiveness.

He said it was extremely sad that the group had ignored evidence that vaccines were vital to break the cycle of the pandemic, and instead promoted misleading information to the public.

"While I respect individual points of view, I will not allow deliberate misinformation to scare people that wish to protect themselves from Covid-19.

"If such deliberate misinformation continues, those involved will be held accountable in accordance with provisions of the relevant regulations."

Prof Mola said drily that the upshot was that PNG was relying on the natural protection in a youthful population to mitigate some of the impacts of Covid-19.

PNG Health Minister Jelta Wong said officials were doing what they could to vaccinate the priority groups, and while there were ongoing "issues" with reaching all healthworkers, the vaccinations were now been extended to the elderly.