A record number of Samoan weightlifters qualify for the Olympics, removal of petrol-contaminated soil begins in American Samoa and Northern Mariana firefighters sue over firings for not following Covid-19 vaccination rules. 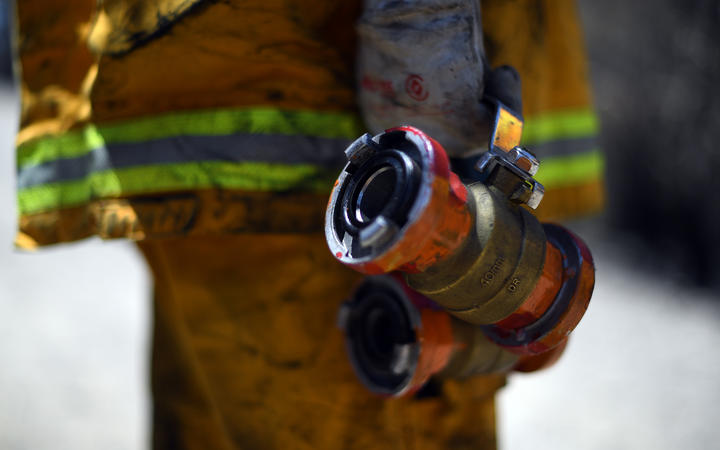 A firefighter proceeds to dose bush fire at the Woodford residential area in Blue Mountains on November 12. Photo: AFP

In American Samoa a project to remove contaminated soil at the former fuel farm site in Aua village is now underway.

During World War II the US Navy operated a fuel farm in Aua to store and supply diesel fuel for Navy ships.

The site was dismantled after the war but residents have since reported the presence of subsurface petroleum contamination in the village.

Environmental representatives and a team of contractors from a US firm are to perform soil contamination removal at 12 locations in Aua Village and Onesopopo Park.

Record number of Samoan weightlifters qualify for the Olympics

Three Samoan weightlifters have qualified for the Olympic Games in Toyko next month - a record number.

Iuniarra Sipaia, 27, says she is honored to be representing the country.

Sipaia is competing in the super weight category and is ranked 8th in the world.

This is the 27 year-old's first Olympics, and she's hopeful of snatching a gold medal in her category.

Samoa Weightlifting Association President Tuaopepe Jerry Wallwork told the Samoa Observer this is the most lifters they have had qualify for an Olympic Games.

CNMI firefighters sue to get reinstated for vaccination firings

Nine firefighters are suing after they were terminated by the Northern Mariana Islands Department of Fire and Emergency Medical Services for failing to comply with Covid-19 vaccination requirements.

In their lawsuit, the sacked firefighters are alleging violations of their constitutional rights to privacy, due process, deprivation of rights and property, and violations of equal protection of the laws.

They are asking the court to issue an injunctive relief, reinstating them as firefighters with back pay and to cover the cost of bringing the suit.

The firefighters also asked the court to issue an order declaring that their terminations were invalid and unlawful, and to set the terminations aside.

The new cases were reported in six provinces; Manus had 29 cases, both Western Highlands and East New Britain recorded 12 cases each, Milne Bay counted eight, and Hela and the National Central District had one case each.

Police Commissioner and Controller of the National Pandemic Response David Manning said many people entering the country have come from countries considered "high risk" for transmission of the virus, including the Philippines, China, Malaysia, the US, India and Indonesia.