Ten people have died in Fiji after testing positive for Covid-19 but only four had their deaths attributed to the coronavirus. 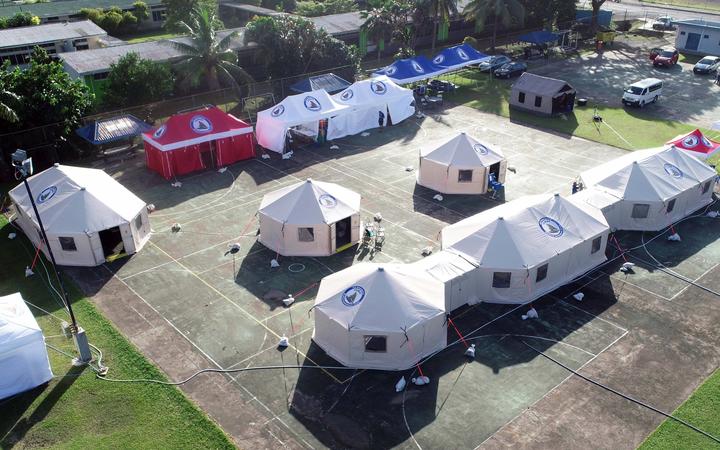 The Health Ministry said six other patients had died from existing chronic conditions they had while being admitted at the country's main hospital in Suva.

This has raised some concern among Fijians who are calling for an explanation over what constitutes a Covid-19 death.

Health Secretary James Fong said the four patients had since died with illnesses directly related to their covid-positive status.

Six patients died at the Colonial War Memorial Hospital since an outbreak at the facility was announced on June 1.

Of the 860 covid cases currently in isolation, over 150 have been from the CWMH (Colonial War Memorial Hospital).

Dr Fong said each of the non-covid deaths were due to other serious medical conditions which the patients had been admitted to hospital for.

The finding of a Covid-19 infection was incidental, he said.

On June 8 however, Fong announced the death of a man who had tested positive for the virus upon his admission at the hospital.

But he said the doctors "determined that he died due to complications of his chronic medical condition."

The inconsistency has led to public confusion and given rise to conspiracy theories as people took to social media to raise their concerns.

Many are calling for an explanation over what constitutes a Covid-19 death.

According to the WHO, a Covid-19 death is when it has caused, or is assumed to have caused, or contributed to a patient's death.

The exception is where there is a clear alternative cause of death that cannot be related to Covid, such as trauma.

The WHO also says there should be no period of complete recovery from the virus between illness and death.

"A death due to Covid-19 may not be attributed to another disease (e.g. cancer) and should be counted independently of pre-existing conditions that are suspected of triggering a severe course of Covid-19."

By comparison, the Public Health England changed its definition of Covid deaths in August 2020 as being anyone with a "laboratory-confirmed positive Covid-19 test and died within (equal to or less than) 28 days of the first positive specimen date will now be reported." 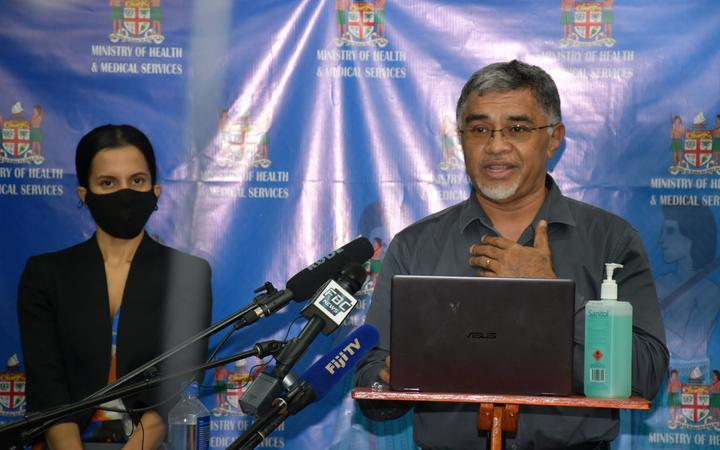 Fiji's Head of Health Protection and the person in charge of Covid-19 testing in the country, Aalisha SahuKhan, confirmed Fiji's case count per day was now higher than both Australia and New Zealand.

"So we are now at about 60 cases per day, which is if you're looking at our population, that's about 68 per million population, which is a high number. To put that in context, neither Australia nor New Zealand got to this level of cases per day."

Dr SahuKhan said authorities had also noticed that despite the high number of cases per day, there has not been a corresponding increase in severe cases and deaths yet.

"I'm saying yet, because what we do expect from what we see around the world is that we will see that wave come in.

"So far during this outbreak, we have reported two deaths that we've attributed to Covid-19.

"So as everyone in Fiji knows that our largest hospital, the CWM Hospital has been affected by this virus, we've had an outbreak there.

"Unfortunately, the first wards that Covid-19 hit were the acute medical wards. So these were where the people were managed.

"They are already very sick, they have long standing chronic conditions that they were admitted for and because there was an outbreak in the hospital, they also tested positive for Covid."

Dr SahuKhan said Fiji's testing capabilities, enhanced with donations of equipment from Australia, New Zealand and the European Union had made it possible for them to track the alarming increase of the current outbreak.

"Our test positivity per day, looking at over an average of seven days, is a better measure to see what the trend is.

"So we started very low, it was about 0.2 percent of our all our tests per day were testing positive, and now we've come up to 2 percent which is high. The thresholds we're using is a WHO-base threshold."

SahuKhan said that while high test positivity per day in a country could mean that authorities are not testing enough or testing only in high risk communities, Fijian authorities are confident their testing samples are an accurate illustration of the situation in Fiji.

"We have a very broad category, a spectrum of testing, and we're still seeing that test positivity is increasing. So that indicates that we are seeing increasing cases of community transmission, but we're still keeping up that high level of testing."