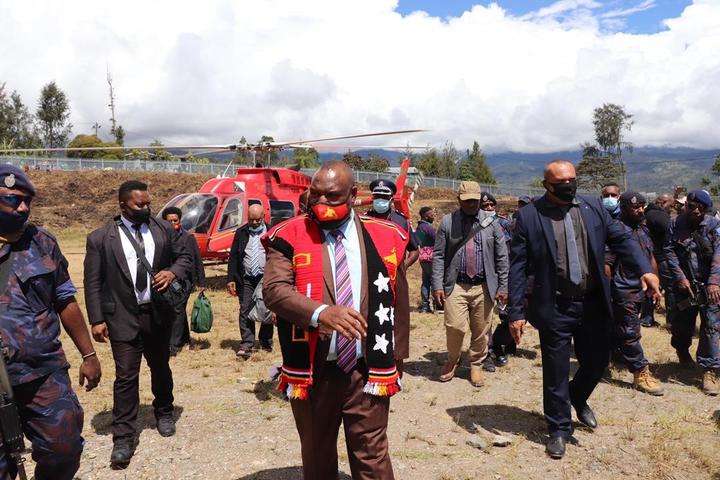 PNG mine could open as soon as September

Canadian miner, Barrick Gold, expects to re-open its Porgera mine in Papua New Guinea's Enga Province in September, after making a multi million dollar investment to get it ready.

The mine, which had been run in conjunction with Chinese firm, Zijin Holdings, has been shut for more than a year, after a dispute with landowners and the government.

There had been environmental and social problems, and worries about the minimal economic benefits for the local community.

The government which felt it also was not getting enough of a cut of the profits, refused to renew the lease, and considered running the mine itself.

But amid growing concerns about the pandemic it chose to embrace 'the devil it knew' and entered into an arrangement with Barrick, with Barrick retaining 49 percent of the mine and the government 51 percent.

The reopening of Porgera will see the company bringing back retrenched staff, back paying their benefits and then re-recruiting workers under a new structure.

The Bougainville MP for the Atolls, Raymond Masono, said food aid is now being sent to the region's outer islands.

Mr Masono, who is Bougainville's Health Minister, on Tuesday cut the ribbon on four containers filled with rice provided by Trukai and Roots, and earmarked for disaster affected areas such as the Atolls.

A month ago Ursula Rakova of the civil society group, Tulele Peisa, which has been rehousing people from the Atolls on the mainland, said the islanders were in a terrible state, with some starving.

The head of the Disaster Directorate, John Imaka, said shipping to the Atolls is a real issue and so Bougainville is pleased to partner with a Milne Bay company to provide two ships to deliver the rice.

There's been another big jump in reported Covid-19 cases in Papua New Guinea.

The cases were reported in 12 provinces with Manus reporting the highest of 59.

The Controller said there have been 164 known deaths.

But with only 117,707 tests having been conducted in PNG since the pandemic began, both the death toll and the number of those infected is likely to be higher.

However, the official number of cases has risen by almost a thousand cases a week in the last four months.

US ban on shark fins

The United States Senate has passed a bill which will ban the buying and selling of shark fins in the US.

A study published in Nature earlier this year found global shark and ray populations have shrunk by more than 70 percent over the last 50 years.

Although shark finning is illegal in U-S waters, fins can still be bought and sold throughout much of the nation.

Campaign director of ocean conservation group Oceana, Whitney Webber, said the ban is great news for sharks and the oceans.

She said the demand for shark fins is decimating shark populations and the US must do its part to help protect the species.

New Zealand maritime safety advisors are helping their Cook Islands colleagues put their boats in good order ahead of an expected influx of visitors over the next few months.

It will involve vessel inspections and surveys and provide safety advice to operators.

Manager David Billington said the "beginning of any season is a good time to thoroughly check your boat, check your gear and review your operation."

A police commander in Bougainville says the region needs a facility to help people with poor mental health.

Northern regional commander, Jacklyne Pais, said one of the major issues police are confronted with is people dealing with mental illness issues and this is not something police are equipped to do.

New Dawn FM reports the commander saying the appropriate agency has to step up and help such people.