There's been a strong uptake from Pacific Island athletes getting vaccinated against Covid-19 in the lead-up to the Tokyo Olympics. 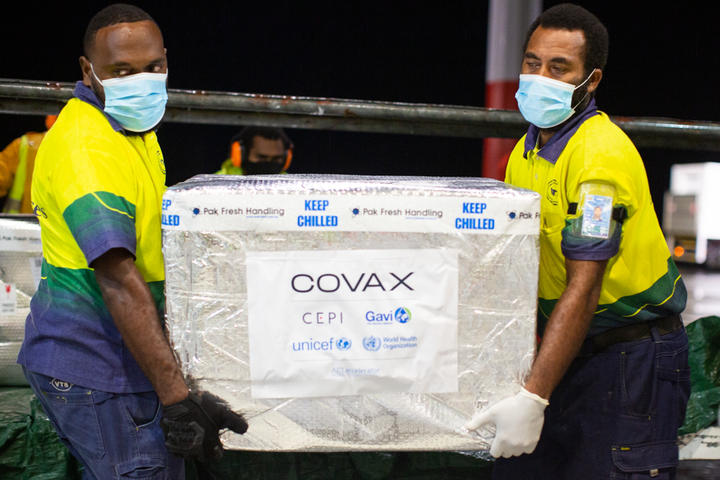 A first batch of AstraZeneca vaccine doses has arived in Vanuatu, 19 May 2021. Photo: Hilaire Bule

The Summer Games are scheduled to begin on 23 July, after being delayed by 12 months because of the Covid-19 pandemic.

The International Olympic Committee said vaccination was "encouraged" but not compulsory for athletes.

Leaders at the Pacific Islands Forum meeting in February agreed to give consideration to Olympic athletes where possible after the primary targets in each country had been vaccinated.

"The Northern Pacific finished theirs in January. February was the latest for FSM, Palau, Guam, the Marshalls and American Samoa," he said.

"The last group starting, Vanuatu and Kiribati started (last) week, so essentially all of our athletes, officials we've asked them to cover, international federations - media as well - going into Tokyo." 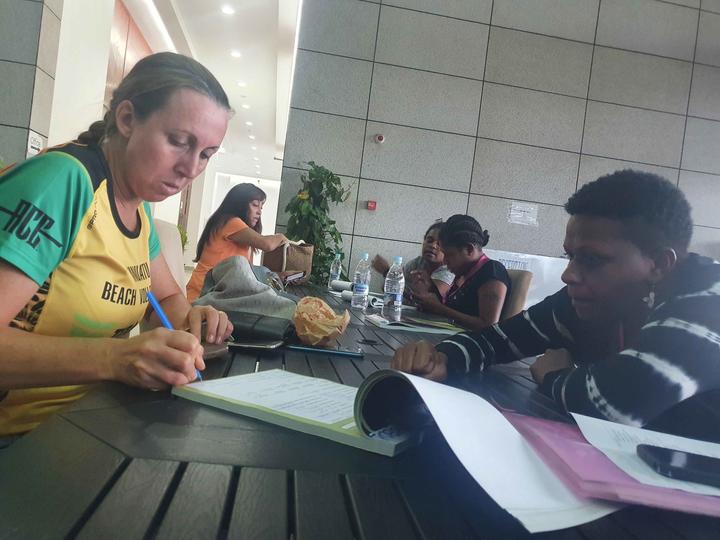 The IOC struck a deal with Pzifer last month to make vaccines available to Olympians in countries that were not prioritising jabs for those travelling to Japan.

Mitchell said more than 80 percent of Olympic athletes around the world had been vaccinated a month ago and the hope is to get the number "closer to 100 percent or even better by the time we get to Tokyo".

A number of Olympic qualifying tournaments have been disrupted by the ongoing border restrictions around the world.

Robin Mitchell is on a committee assessing the qualifying criteria for Tokyo and said the final list of athletes will be confirmed at the end of the month.

"We're getting quite a few changes in the last couple of weeks where they have to make decisions on previous competitions.

"Hopefully that will sort itself out for sports like beach volleyball, for Vanuatu in particular, and I think boxing and weightlifting is also pending and then athletics and swimming have until the end of the month, or quite late in the piece, before the final numbers are determined."

Opinion polls have consistently shown a majority of the Japanese public want the Olympics to be cancelled or further postponed.

Tokyo remains under a state of emergency but Robin Mitchell said the situation on the ground for athletes and officials is safe. 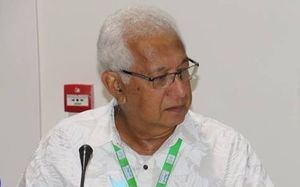 "The terminology they used is 'cautious not concern'. What's happening in Tokyo is no different to what is happening in Fiji (where Mitchell is based) - basically it's containment zones - defined and targeted lockdowns within the confinement zone.

"By the time we get to Tokyo we'll probably have minimum contact with the local population, except those that are servicing the Games Village, transport staff etc."

The biggest question from athletes has not been about whether they should go to Tokyo, Mitchell said, but a desire for clarification about what they can do when they get there.

From the feedback the athletes are not so much asking about Tokyo but what to have confirmation about participation, for those that are still undergoing qualifying tournaments, and also dates on the playbook."

A playbook with the Covid guidelines for athletes in Tokyo will be released in the coming days.

Once people have fulfilled their quarantine requirements they will be able to move around freely within venues such as Games Village, so long as they adhere to Covid-19 protocols, Mitchell said.