Twelve people have been arrested over an alleged terrorist plot to attack an archbishop and police stations in the Indonesian province of Papua, local police officials said. 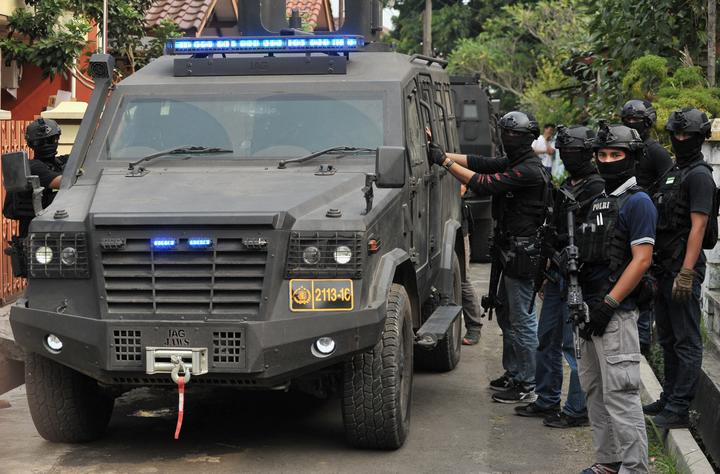 The suspected terrorists were believed to be Muslim extremists and were arrested in the largely Christian Merauke Regency of Papua, for planning an attack on police stations and Petrus Canisius Mandagi, the Archbishop of Merauke.

Merauke police chief Untung Sangaji said a series of arrests were made, starting from Friday 28 May, by the Indonesian Detachment 88 (or Densus 88) counter-terrorism team of the police.

"Yes, bishops have been targeted, including the Resort Police and ... Merauke Police," Untung told Benar News.

"It is true that they had entered the church carrying backpacks to target the Archbishop of Merauke. Since no one was targeted, they left."

Untung said police learned about the attempt from a priest and a nun.

The 12 people involved in the plot were affiliated with the Islamic State-inspired Jamaah Ansharut Daulah (JAD) group, which carried out a suicide bombing at a Catholic Church in the Indonesian city of Makassar at the end of March, said Detachment 88 head of operations Aswin Azhar Siregar.

At least 20 worshippers were injured in the Makassar church attack, and two suspected suicide bombers were killed.

However, Aswin said the Merauke plot appeared to be more focused on attacking security forces.

"The attack plan that stands out is not the church, but the police stations," he said, adding that Detachment 88 was still tracing JAD networks in Papua.

The first 10 suspects were arrested on Friday 28 May, and were listed by police using their initials: AK, SB, ZR, UAT, DS, SD, WS, YK, and husband and wife AP and IK. An eleventh person was arrested on Sunday, said police inspector Argo Yuwono.

Those eleven were migrants from Java and Sulawesi who had lived in Papua for a long time, and had sworn allegiance to the Islamic State group in Merauke, Argo said. A twelfth person was arrested later.

"Air rifles, sharp weapons and arrows" had been found during the arrests, as well as chemicals that were confiscated, but were still being investigated to find out what was in them, Argo said.

At least 83 terrorist suspects connected with the Makassar JAD network had been arrested by Detachment 88 earlier this year, in at least six cities, the minister for security affairs Mohammad Mahfud said in April.

The establishment of Islamic militant networks in Papua began in 2018, when the pro-ISIS group was looking for an alternative training location it felt was safe from the reach of security forces, said Muh Taufiqurrohman, a senior researcher at the Center for the Study of Radicalism and Deradicalization, King's College, London.

"It's not a native tribe. Even if there are genuine Muslims who are radical, they usually lean more towards movements such as Hizbut Tahrir Indonesia, not JAD... [they are] ideologically different and less supportive of JAD's actions," he said.

"They have been active in Papua, in Timika [city], since March 2018... At that time there were 14 people who moved to Papua," he said. "Their affiliation is with JAD in Bekasi, led by Koswara - and JAD in Lampung, led by Rudi (alias Abu Azzam)."

Koswara (alias Abu Ahmad) was sentenced to four years in prison in 2016, for helping militants travelling to join ISIS in Syria.

The shift of the Papua JAD group from Timika to the Merauke area was caused by security forces pursuing separatist groups, Taufiqurrohman said.

He believed security forces should respond quickly to the latest discovery of the Merauke plans to attack police targets and the archbishop, in order to avoid potential inflammatory incidents and conflict designed to fan wider social divisions.

"If this bombing is successful, there is a possibility of provoking the anger of the Catholic-Christian people."