Fiji police have yet to comment on a video circulating on social media which claims to be an eyewitness account ofthe violent death of a fishing crew member, and the disappearance overboard of other crew from the ship, two weeks ago. 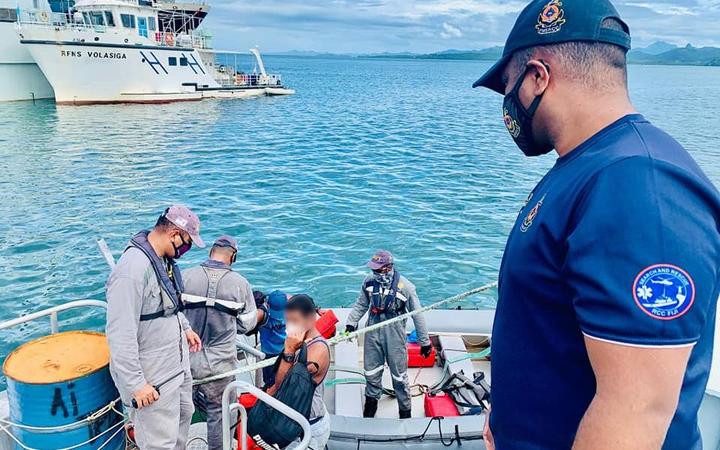 The Fijian Navy handing over survivors who were found on board the TIRO II. Photo: Rescue Coordination Centre Fiji

The search for the five missing fishermen who jumped from their boat after an alleged beheading onboard was called off by the Fiji Navy last weekend.

In the video, a man who claimed to have been a crew member on the ship said that about 4am on Sunday 16 May two Fijian crew members were involved in a heated argument and a fight broke out.

He also claimed one of the men attacked the other with a knife, the alleged attacker slipped and fell on the knife, wounding himself.

In the video, the man said he was then forced at knifepoint to throw the wounded attacker overboard. But he did not reveal who forced him.

He then said five crew members jumped overboard and he later abandoned the ship in a life raft.

He floated for three days, until an aerial search team found him on Wednesday 19 May. 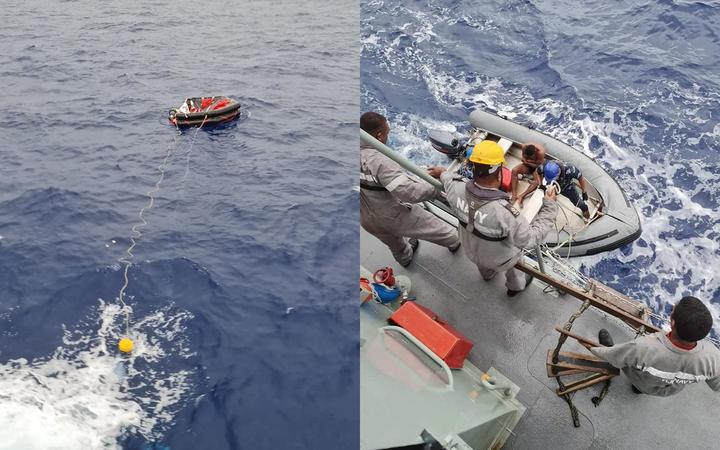 A crewman of the TIRO II is rescued by the Fiji Navy. Photo: Rescue Coordination Centre Fiji

The Fiji Naval Service Rescue Coordination Centre had released photographs of the man after he was located.

On the same day, the navy said the Chinese-owned and Fiji-flagged vessel was found by a New Zealand Air Force Orion aircraft in waters off the Yasawa Islands, about 90 nautical miles west of Fiji, with two crew members onboard.

The vessel sank two days later, on Friday 21 May, after taking in water.

A police spokesperson said they would not comment on the video because investigations were continuing.