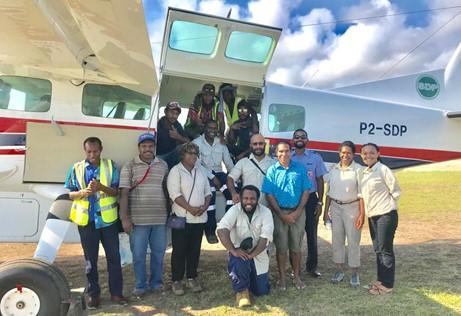 The internet communications project was being implemented by the Sustainable Development Programme (SDP) with help from telecommunications company Kacific.

Working with donor nations Kacific was providing free satellite dishes, and SDP and its Aerial Health Patrols (AHP) were installing and training the staff at 30 remote health clinics.

Improved communication was a boon for these remote areas, the AHP's Ross Baibuni said.

"This has been a very big help to them in terms of communicating with other health workers outside of their area, and also seeking help from the doctors in the three main centres of the province. And they are also able to communicate with the AHP staff, especially our AHP doctors, midwives and nurses," he said.

Ross Baibuni said for some of the remote communities, having the ability to communicate with the outside world more easily led to celebrations to mark the arrival of the satellite dishes.