A Papua New Guinea Special Parliamentary Committee has heard that laws could be considered that make sorcery accusations illegal. 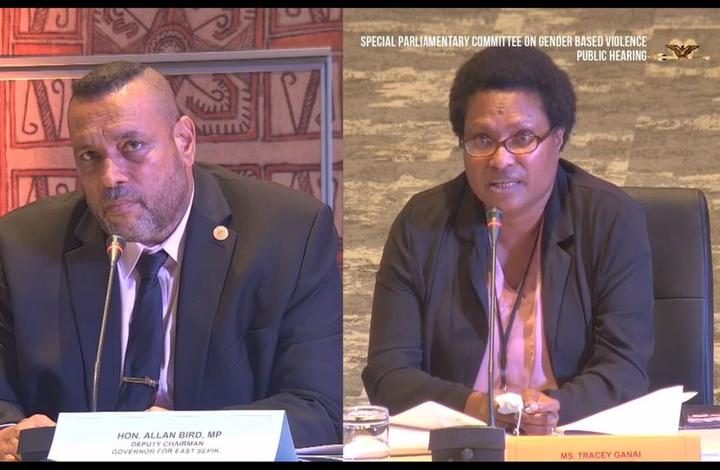 The nagging problem of sorcery accusation-related violence in PNG has featured in a seminal two-day public hearing on gender-based violence in the country.

The committee has been told of a widespread perception that the spate of violence toward females usually happens without consequences for perpetrators.

Many violent attacks within grassroots communities are based on claims that sorcery has been used by a person, usually, to harm another person.

A member of the committee, East Sepik Governor Allan Bird, told the hearing that he would be happy to make it a law for it to be illegal to accuse someone of being a witch.

It was the country's first-ever parliamentary hearing on gender-based violence. The committee heard from a range of social workers, health practitioners, church workers, community representatives and leaders on the drivers behind gender-based violence (GBV), as well as the shortcomings of the systems in place to counter the problem.

"We heard yesterday that there are 1.4 million cases of GBV every year in PNG - 15444 cases registered - only 300 prosecuted - and only 100 convictions achieved," Bird said.

"What needs to be done to improve justice outcomes for GBV cases across this country?".

The project manager of the Bel Isi (PNG) Project, Danielle Winfrey, was among those who spoke, telling the committee that while laws such as the Lukautim Pikanini Act were well intended but needed to be properly implemented.

"There are a lot of child abuse cases. But not enough certified children protection officers to protect the thousands of children in this country experiencing violence every year."

The Police Minister William Onglo told the hearing that officers assigned to tackle gender-based violence couldn't guarantee the safety of victims, such was the inadequate level of staff and resources available to the force.

The inadequate level of annual funding from government for the fight against GBV was confirmed by the Treasurer, Ian Ling-Stuckey.

"Since 2011, 528 million kina has been received by development partners to law & justice sector, some of which went to GBV. GOPNG (government of PNG) contribution to GBV has only been approximately 1 million kina per year. In 2021, no money expended because requests not yet received," he said.

"I am very happy to take up any specific funding submissions that might come from the Special Parliamentary Committee. Of course, I would have to coordinate them with Department of Planning, but let's get staff to talk with each other and see how far we can go."

Day 1 hearings - Denga Illave from Lae highlighted that many high profile perpetrators are not arrested by the police, even though people know what they are alleged to have done. The Committee MPs came back strongly to commit to ensuring justice no matter who a perpetrator is. pic.twitter.com/JGhYwEnvBT

— PNG Parliament Committee on Gender Based Violence (@PNGParlCommGBV) May 24, 2021

A Senior Magistrate Tracy Ganai said the court system lacked staff to process the GBV cases coming across its desks.

"We only have one court Clerk to process all of those that come to us," Ganai explained.

"The Family Court has one court room in Waigani but three magistrates sitting in court - they have to each wait their turn to hear cases. There is no dedicated family protection court in the district courts - magstrates take on what comes before them."

A magistrate, Rosie Johnson, proposed a separate Family Court, properly resourced and run as a dedicated stream of work with a new Deputy Chief Magistrate (Family).

The Committee supported the idea of a new deputy position for family matters, to oversee a family law stream in the justice system.