Unions and economists are joining in a call to overhaul the Recognised Seasonal Employer scheme.

New Zealand's Government announced this month about 2400 more migrant workers will be allowed into the country for seasonal horticultural work, many from the Pacific Islands.

Pacific governments remain keen to get as many of their workers into New Zealand's Recognised Seasonal Employer, or RSE, scheme, as possible

But Unions and economists say fruit and vegetable pickers from the Pacific Islands suffer high costs and poor pay and are often left with almost no money to send home.

The value of RSE workers was brought into sharp focus during the Covid-19 lockdown with many growers forced to watch produce shrivel on the vine.

Details about how many workers will be coming, and from which Pacific countries, are still being ironed out.

But New Zealand prime minister Jacinda Ardern said 300 workers will be arriving each month from June this year until March next year.

The number of RSE workers to New Zealand has grown from just about 5000 initially in 2007 to more than 14-thousand in 2019 before the pandemic put everything on hold.

Typically, most workers come from Vanuatu, Samoa, Tonga, Tuvalu and Kiribati, whose Minister of Employment and Human Resources, Taabeta Teakai said seasonal opportunities are very much in demand because of an astronomical rise in unemployment.

"We are lucky to have them vaccinated by the employers in Australia. And from then on, they'll be sent to all, I think there were about 10 companies that they'll be working for, so it was great success. We, you know, it's matter of um earning income to provide for their families right here in Kiribati," she said.

Having just farewelled a couple hundred workers to Australia for their seasonal work programme, Ms Teakai said they are looking to get more workers to both Australia and New Zealand as soon as possible. 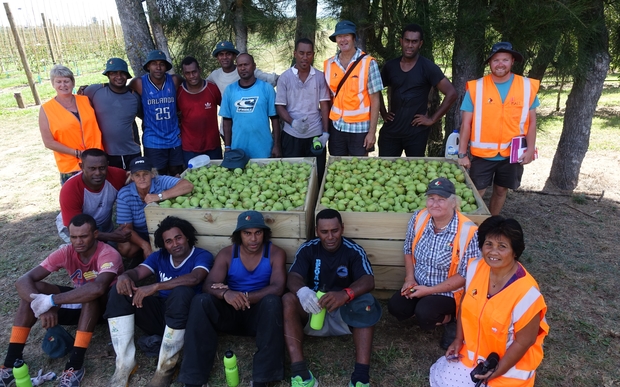 "I've just had a meeting with both my Australian High Commission and New Zealand High Commission, and we're trying to get a lot of people going as many as 1000 people, we're thinking, the more the better if we could, if we could get unemployed here, you know, because there's quite a big number of unemployment right here.

"So we would love to do well, for all of them to go either to Australia or New Zealand to give jobs to provide for the family," she said.

Samoa's Assistant CEO of Labour, Exports and Employment Lemalu Nele Leilua said her country is also keen to get more workers into RSE as well, because they're Covid-free. 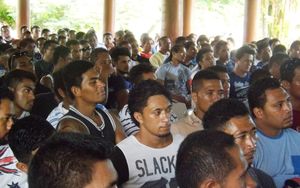 However the Regional Secretary for the Amalgamated Workers Union Robert Popata said what government here thinks is a win-win for New Zealand and the Pacific, is anything but.

Many Pacific workers participating in RSE work face deductions from their pay for a range of costs, including transport, laundry and accommodation.

"Everyone wants to clip these tickets when they come through, and our experience getting told by them is that there's not a hell of lot of money left to be sent home by the time they've paid everything," he said.

The Principal Economist at the New Zealand Institute of Economic Research Peter Wilson said seasonal migrant workers are prepared to take lower wages and worse condition, and in some cases, when there's no fruit to pick - no pay at all.

"They work hard. But they might not be being paid what equivalently skilled New Zealanders would accept to take, what are at times quite difficult jobs." 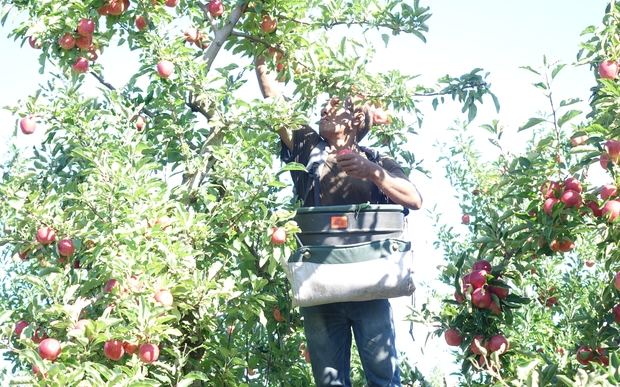 Mr Wilson wants an overhaul of the RSE scheme, considering the stagnant opportunities for migrant workers to upskill - despite years of loyalty - and the often harsh rules imposed against them:

Rules around socialising, and drinking alcohol remain restrictive for many RSE workers, some of whom are even subject to curfews.

Mr Wilson said the New Zealand government has the opportunity to consider how appropriately the country treats RSE workers.

The Recognised Seasonal Employer (RSE) scheme came into effect in April 2007. The policy allows the horticulture and viticulture industries to recruit workers from overseas for seasonal work when there are not enough New Zealand workers.

Unless New Zealand employers can show they have pre-established relationships with workers from other countries, they may only recruit workers under RSE policy from eligible Pacific Islands.