Grumblings on the grape vine: are seasonal workers treated well in NZ?

You see them in small groups, often two or three, walking along Blenheim's roadsides to the big supermarkets.

Young men from the Pacific Island archipelago of Vanuatu, they stand out in a New Zealand region not known for its multi-culturalism. 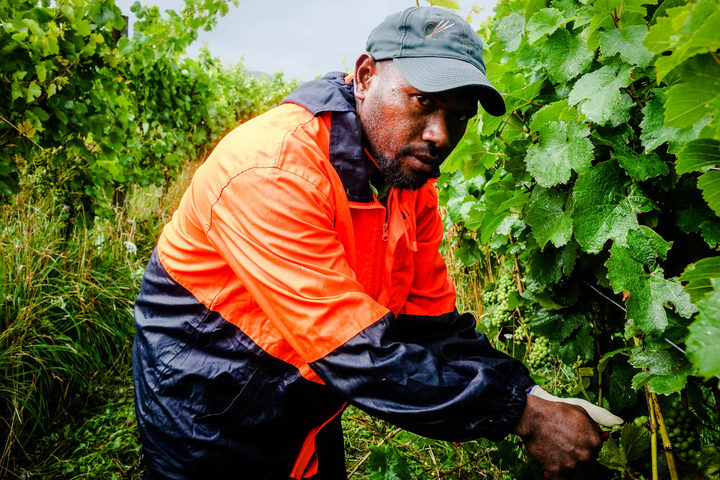 There are over 4000 ni-Vanuatu, or ni-Vans as they're known, doing seasonal work this year under New Zealand's Recognised Seasonal Employer (RSE) scheme.

The scheme has grown steadily since it began in 2007, and over 11,000 Pacific Island workers are now involved. The mutual benefits for Pacific Island communities and for New Zealand's viticulture and horticulture sectors are well established.

"Without them, we couldn't survive," says Julie Neal, an Employment Relations coordinator with Thornhill, an RSE contractor supplying labour in Marlborough and Hawkes Bay.

"We've got a lot of vineyards here, a lot of work. We do not have the Kiwis in New Zealand that are able to do the work, and our vineyards in Marlborough are growing all the time."

It's understandable why people may be reluctant to do this gruelling work over long hours, in often mercilessly hot conditions. 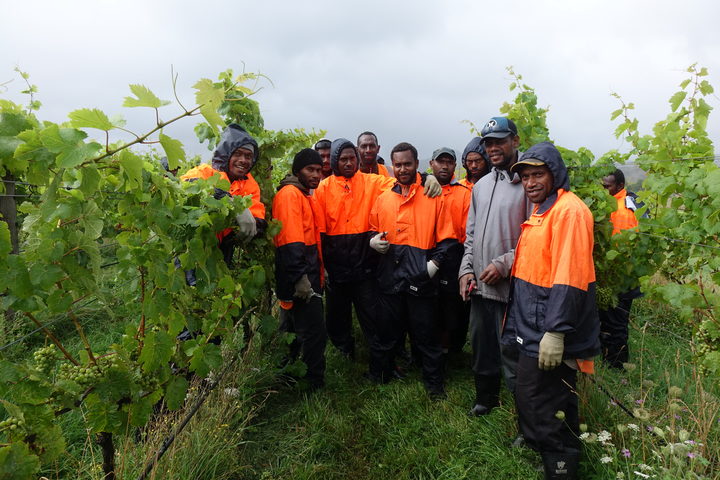 The rain has set in when I visit the Seresin Estate vineyard, near Blenheim, where a small team of hardy souls from Vanuatu - employed by another RSE contractor, Hortus - are pruning grapes.

Temperatures the previous day hit the sizzling mid-30s, but even in the cool rain it's still hard slog for the ni-Vans. Because of the rain not everyone is out working, but Andre Vegen from Vanuatu's remote far north Banks Island is embracing the opportunity

"Most of us don't have work [in Vanuatu]," he says. "When we have the opportunity to come here to New Zealand, then we see that we get paid every week, not like in Vanuatu [where it's] after two weeks or after one month."

The Vanuatu government restricts its workers who come out to New Zealand from certain social practices.

"The Labour Department tell us no kava, because if someone drink kava or alcohol, or smoke, they will ban him for a lifetime, he will not come back here to New Zealand or Australia, you'll lose your job," explains George Luabani, one of Thornhill's ni-Van workers.

But advocate Janette Walker, who works for a charitable organisation in Marlborough, has concerns about the workers' ability to socialise, and feels that basic freedoms are being further restricted by the contractors.

"The pastoral management is actually very controlling. It's about keeping them in their place," she says. 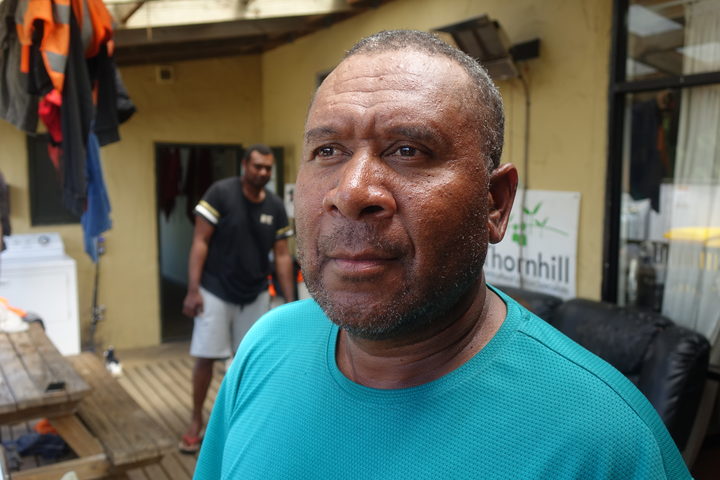 Many of the ni-Vans don't appear too bothered about this, such as Rico Thu who is in Blenheim for his fourth year with Hortus.

"It's a discipline to help us save enough money," he says of the restrictions, describing them as hard but fair.

"And then when we go back home, then you can support your family back home because there's a lot to do," he explained. "So when we come to New Zealand we earn as much money as we can, and then we go back to Vanuatu and build houses, and some of us got cars ... and some of us have got lots of kids."

Later in the evening, back in Hortus' accommodation village in Blenheim, everyone is unwinding in the kitchen and lounge area.

The ni-Vans mill around, chatting amongst themselves, as they finish up their meals and clear dishes. Several of them are relaxing on the couches in front of the TV screen watching Full Metal Jacket. Hortus' Managing Director Aaron Jay is mingling with workers, sharing a joke.

"It's like I have a family here," Rico tells me. "My boss and the supervisor, and all the office workers, they're so kind. They always come and talk to you and ask is everything ok. It makes me feel like I'm part of a family here." 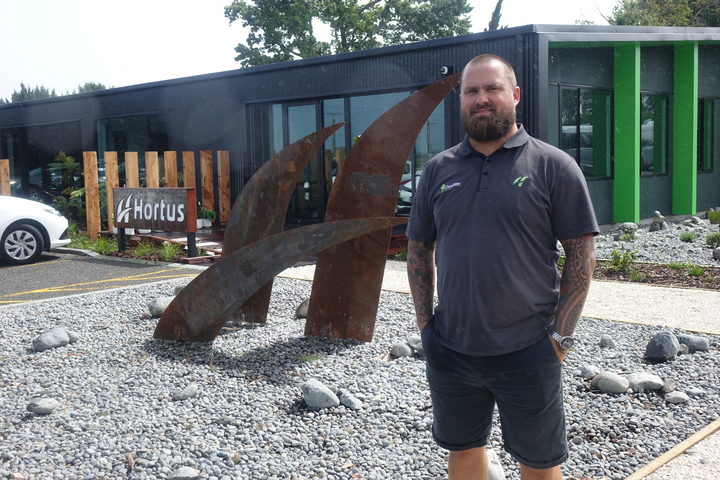 Aaron says he is impressed with how the ni-Vans rally around each other when times are tough, such as when a relative dies back in Vanuatu.

"It's pretty amazing what they do for each other," he says, adding that the ni-Vans have plenty of outlets for recreation outside of work -  playing music, football and fishing, while attending church is a common thread.

"They're led well generally, their leaders are strong people," says Aaron. "And they've been chosen by the group to be their leaders. They tend to ensure that it's pretty smooth sailing most of the time."

But signs of disquiet linger around the fringes. Workers with various contractors around New Zealand are concerned about the range of deductions coming out of their wages.

Deductions for costs such as accommodation, linen, clothing, power, transport and fuel are often more than the ni-Vans expected at the outset. Yet according to unionists both here and in Vanuatu, the workers are reluctant to complain for fear of losing their place in RSE.

"So there are some grievances that our workers in New Zealand are facing, but they don't seem to be able to have a way to deal with these disputes," according to Ephraim Kalsakau, the leader of the National Workers Union. 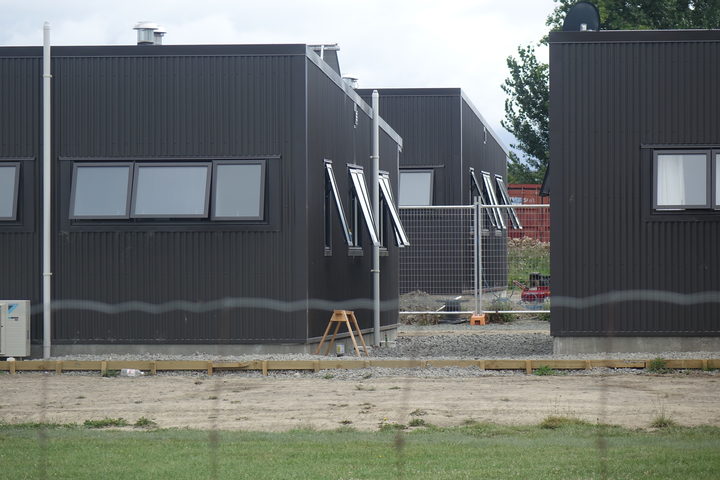 Accommodation for RSE workers at the premises of contractor Vinepower in Blenheim. Photo: RNZ / Johnny Blades

New Zealand's Amalgamated Workers Union was poised to sign up most of Hortus' ni-Vans last year, before the workers did a volte-face.

Aaron Jay suggests the workers did not know what they were getting into with the union, and denies the ni-Vans were pressured not to join the union.

"We've not ever had a complaint," he says. "So, the deductions are fair and reasonable in the sense that everything is documented."

Hortus' deduction sheets are signed off by New Zealand's Ministry of Business, Innovation and Employment, and also by Immigration New Zealand, as well as the Employment Services Unit back in Vanuatu.

The ni-Vans mostly tell me that, despite the deductions, the money they earn for their families in one season in New Zealand (up to six months) is well beyond what they could earn in two years back home. 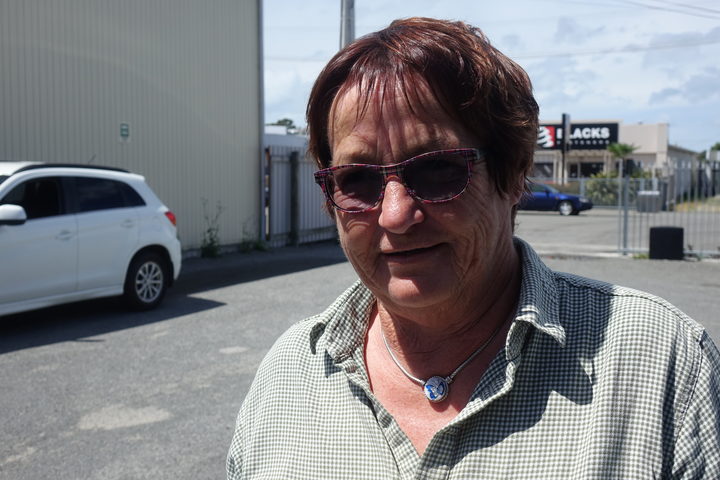 Still, concerns about how the workers fit in persist. Janette Walker says she's unsure if the general Marlborough community values the ni-Vans, but the industry certainly does.

"One company person told me they like the Vanuatu workers because they're compliant and easy to manage," she says. 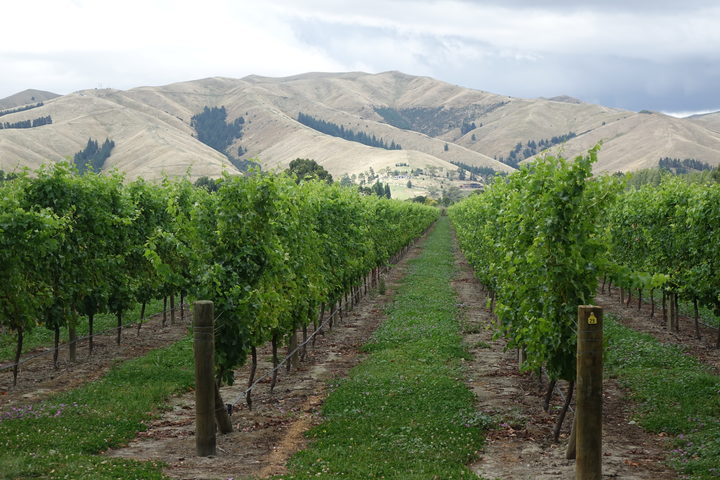 Unionists and advocates may differ from the employers on the fairness of the deductions for RSE workers, and over whether the workers know what they're getting into.

But they both agree the ni-Vans largely conduct themselves well and are remarkable in the way they support each other in their long stints working in a place far from home.

Some local elements of the Marlborough community think that the ni-Vans tend to stick to themselves as they walk around, and that they are somehow a threat.

Yet for the ni-Van, it's natural they would want to stay together, feeling such a minority in a place as foreign as Blenheim.

As the wine industry grows, and the number of Pacific RSE workers in the country grows with it, people can expect to see more ni-Vans around grape country.