Samoa's caretaker prime minister has reportedly told local media he was "appointed by God" to lead the country, and the judiciary has no authority over his appointment. 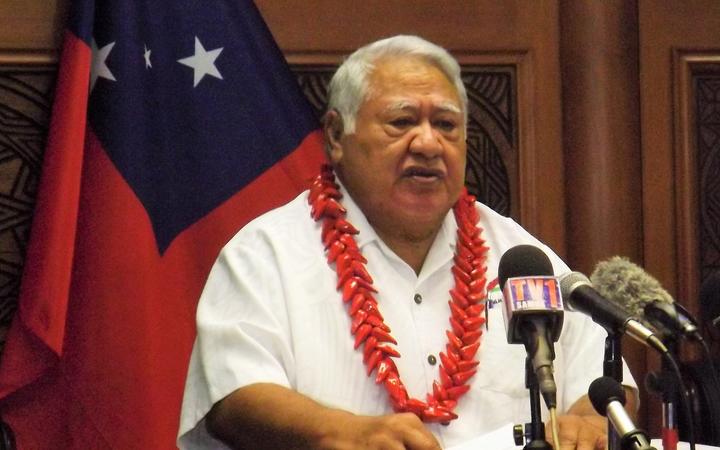 Tuila'epa Sa'ilele Malielegaoi's comments came after protests were directed against him in front of the Supreme Court.

He told the Samoa Observer "I am appointed by God" so protests were futile in front of the judiciary whom he said had no bearing on his appointment.

The incumbent governing party HRPP and newcomers FAST have been locked in a deadlock over who can form a government since general elections last month.

Last week the Head of State directed a second election be held, and HRPP immediately launched a political campaign, whereas the FAST party have challenged the legality of the call for a second election.

Tuila'epa said protesters would do better "to protest through prayers on bended knees inside a church".

Protesters had congregated outside Samoa's highest court against the snap-election called by the head of state on the advice of Tuila'epa.

The Supreme Court is meeting tomorrow to decide the fate of the election.