Two Pasifika women are winners in the Ockham Book Awards, American Samoa digitises its pre-1931 records, and teachers are to get a pay rise in American Samoa. 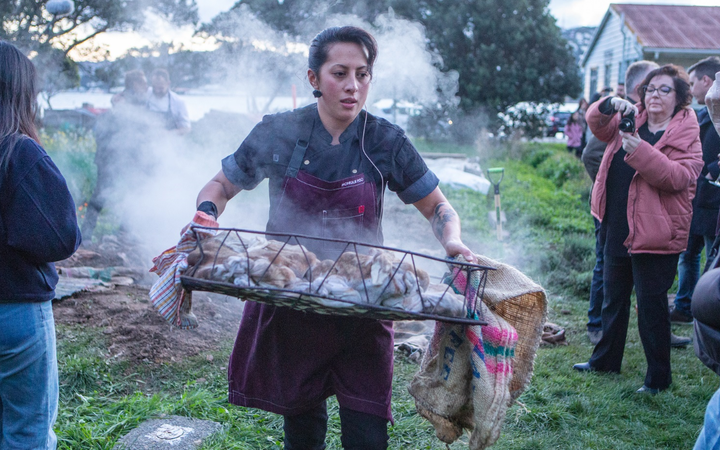 New Zealand-Samoan Chef Monique Fiso was one of two Pacific women to be awarded at the Ockham Book Awards Photo: VWOAP

Acclaimed poet, writer and performer Avia told RNZ the news was still sinking in that she's the first Pacific woman to win a major category in the awards.

"That kind of recognition is always good.

"I wrote it really quickly actually, last year. I wrote it during 2020, so it's very of the time and speaks to colonisation ... and all the things that come from that - racism, Black Lives Matter... " 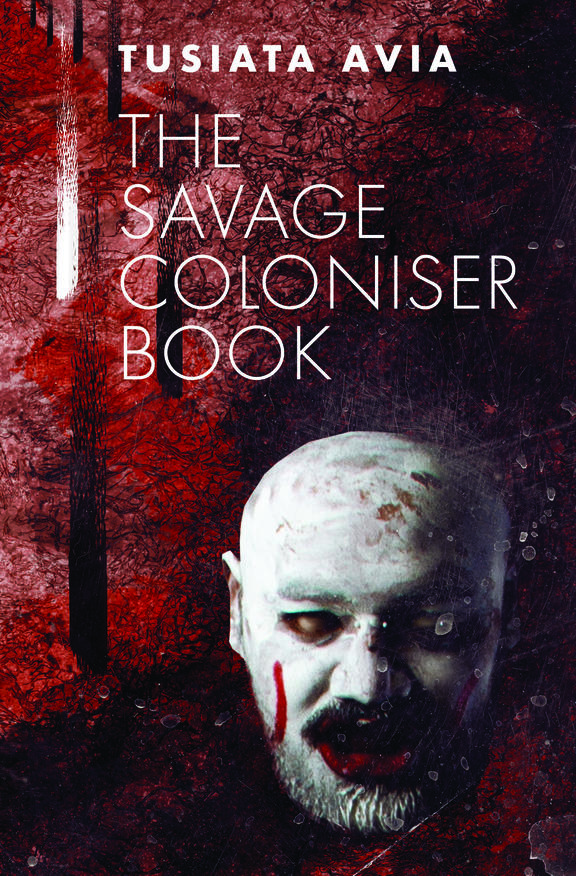 Poetry category convenor Dr Briar Wood said the book showcased "the violence of shared and fractured histories ... throughout the collection like liquefaction, unsettling, displacing, disrupting. The poet's experience of hospitalisation and seizures likewise overflows, mingling with the ancient arts of spiritual possession to inspire contemporary outpourings."

Fiso's Hiakai is named after her award-winning Wellington restaurant.

Category convenor of judges Dale Cousens said the text was "hard-won, inspiring and utterly original in scope", and the book was "beautifully designed and photographed".

A joint project of the American Samoa Government and the Church of Jesus Christ of Latter Day Saints, has seen the digitisation of early births, deaths and marriage certificates as well as land and titles cases.

This work was accomplished under a contract between the government and the Church signed in March 2019.

Although delayed for over a year because of the Covid-19 pandemic, work progressed and digitised microfilm drives were obtained in January.

This has allowed public access to archives more than 90 years old (before 1931) at the ASG Archives or at the Familysearch.org website.

However, Vital Statistics records less than 90 years old (after 1931) remain confidential and closed to the public.

"We are pleased that these older archives can finally be shared and made available for research and copying thanks to the Office of the Governor and the elders and representatives of the Mormon Church of Jesus Christ Latter Day Saints," said territorial archivist James Himphill.

These replace original microfilms that had become faded, chemically deteriorated and inaccessible.

The Dept. of Administrative Services Office of Archives and Records will retain these electronic record copies and make them available to the public via a Digital Reading Room at the ASG Archives in Tafuna.

Qualified teachers to get pay rise

American Samoa has implemented a new entry level salary for public school teachers with degrees, while paperwork for reclassification of salaries has been processed.

In a statement, he said plans are being finalised to increase the teachers' salaries in the US territory.

His chief of staff, Tuimavave Tauapa'i Laupola, says the previous entry level salary for Associate of Arts/Associate of Science degree holders was 16,000 US dollars.

But Tuimavave said the new reclassification scale has been set at 20,000 dollars.

These included Bachelor degree holders, which the previous entry level was $US23,000 while the new pay is $US31,000.

Tuimavave said the Masters degree holders' new entry level salary is $US41,000 compared to the older pay scale of $US27,000.

He said all public school teachers were reclassified and the total budget for the teachers' salary adjustments only was $US2.9 million.

He also said the paperwork for the reclassification had been submitted to the government's Budget Office for processing as of last Wednesday.

The public school teachers' salary reclassification followed the governor's public announcement during an April 8 cabinet meeting to raise the lower level salaries from $US12,000 to $US15,000 and $US16,000.

This includes raising each salary level until the increases reach the director level.

After several weeks of tests the Government of Niue says the Niue Manatua Cable is now operating.

Niue's Premier Dalton Tagelagi says the cable will transform the speed, capacity, resilience, and affordability of internet and telecommunications in Niue.

Mr Tagelagi says the infrastructure project is the culmination of four years of planning, design, cable manufacture, and laying.

And he says it will ensure Niue can boost its economy using new technologies as well as host and facilitate research and technological development.