New candidates will not be allowed to contest Samoa's second election of the year.

The head of state called a new election after April's election wound up in a protracted deadlock, with the two sides on 26 seats each. 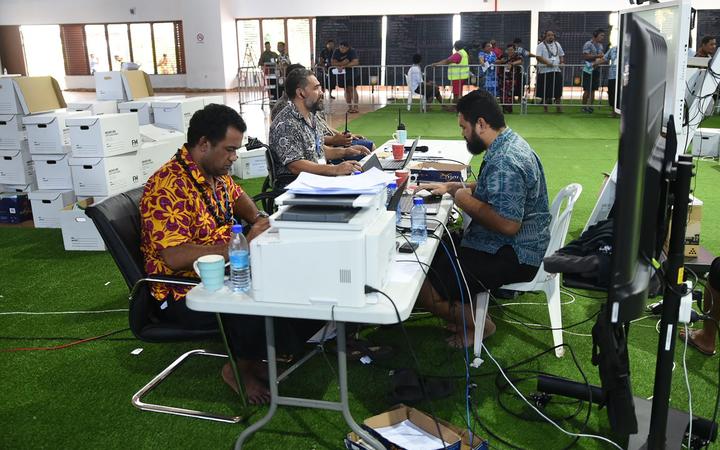 According to the writs issued by the head of state, only candidates who contested April's election can run in this month's one.

If any of the nearly 200 candidates don't want to go a second round, they have until tomorrow to withdraw.

The second election is scheduled to be held on May the 21st.

But that remains uncertain, with the FAST party today filing a Supreme Court challenge to the Head of State's decision.

Its leader, Fiame Naomi Mata'afa, said the announcement was tantamount to a coup.

There are suggestions that members of the caretaker government Human Rights Protection Party in Samoa are defecting.

News of the defections started circulating after one member who is challenging an HRPP winning candidate was apparently represented by the law firm engaged by the Faatuatua I le Atua Samoa ua Tasi - or FAST - party.

Sources says HRPP leader Tuilaepa Sailele Malielegaoi told a candidates meeting yesterday that some members had gone over to FAST.

He specifically asked if former MP Tafua Maluelue was present but he wasn't.

Tafua, a two time MP, was an election night loser to another HRPP candidate running in his first election.

NZ has no plans to respond to petition

New Zealand's government says it has no plans to respond to a petition calling on it to review Samoa's recent elections as it has no authority to do so.

A spokesperson for MFAT told the Samoa Observer the New Zealand government recognises the "unprecedented" situation currently faced by Samoa.

But they said the government would not review Samoa's electoral processes because it had no legal standing to do so.

MFAT said it participates in formal election observer missions only, when invited.