A plan to vaccinate thousands of people in Solomon Islands with the AstraZeneca jab is going ahead next week with increased monitoring in light of some safety concerns.

Ireland is the latest country to limit the vaccine to older age groups after reported blood clot incidents. 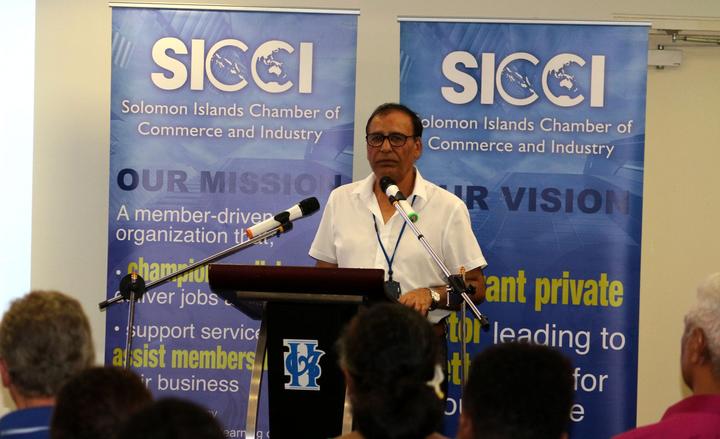 Health teams are already in Western and Choiseul provinces preparing to deliver the vaccine to 17-thousand people considered most at risk from Covid-19 as they're closest to PNG which has a serious outbreak.

A senior advisor to the Solomons health ministry, Dr Yogesh Choudhri, says people are being given extra information about the risks.

"Overall the risk is extremely low. Our stance right now is to continue with the vaccination. If the WHO issues a statement it cannot be used in a certain age group then of course we have an issue because all of our frontliners would be young people... we (couldn't) immunise them with AstraZeneca so we would have to look for alternatives."

Dr Choudhri said countries which are now limiting the vaccine vary widely in their age cut offs for the vaccine, another reason for caution over limiting its use, he said.

In Australia, the Pfizer vaccine is now the preferred option for people under 50 because of the potential risk from AstraZeneca for younger people.

Britain is offering an alternative for those under 30 while France and Belgium recommend AstraZeneca be given to those 55 and over.

Germany, Italy and Spain have have suspended use of the vaccine in people under 60.

"The issue can be raised that we have a young population, so should we be doing it, but there has been no scientific consensus by the WHO, the EMA (European Medicines Agency) as to what is the cut off situation," Dr Choudhri said.

Health authorities had vaccinated just over 3000 frontline and essential workers and other vulnerable people in the capital, Honiara, by Monday night.