Cook Islanders are being told that any decision to mine billions of tonnes of rare earth minerals is still years away.

The sea floor surrounding the northern Cooks is seen as a potential resource to help supply the electric battery industry.

The delegation aimed to persuade people living on Palmerston, Nassau and Pukapuka atolls of the value of the polymetallic nodules on their seabed floors.

He said a decision on commercial harvesting was some years away.

Despite ocean scientists saying accurate data on the impact of mining is not yet available, SBM Commissioner Alex Herman told students on Palmerston "that the types of impacts were fairly well known" and that prospectors would need to prove their ability to prevent any harmful impacts.

Praising student interest in the seabed, she referred to it as a "national resource" which is in contrast to the Marae Moana Act 2017 which aims to protect and conserve the "ecological, biodiversity and heritage values of the Cook Islands marine environment." 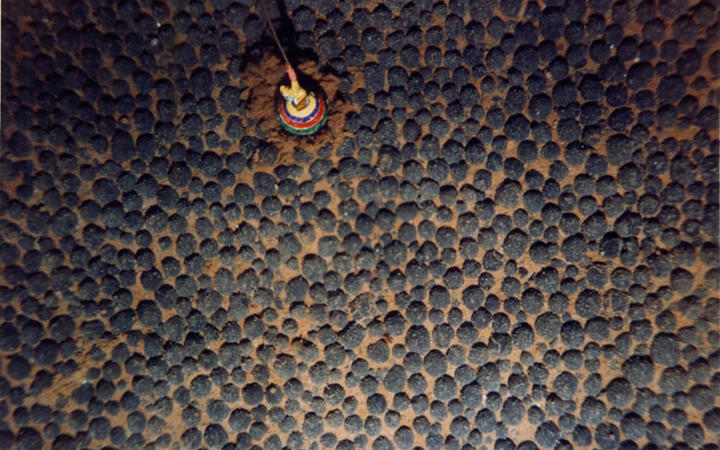