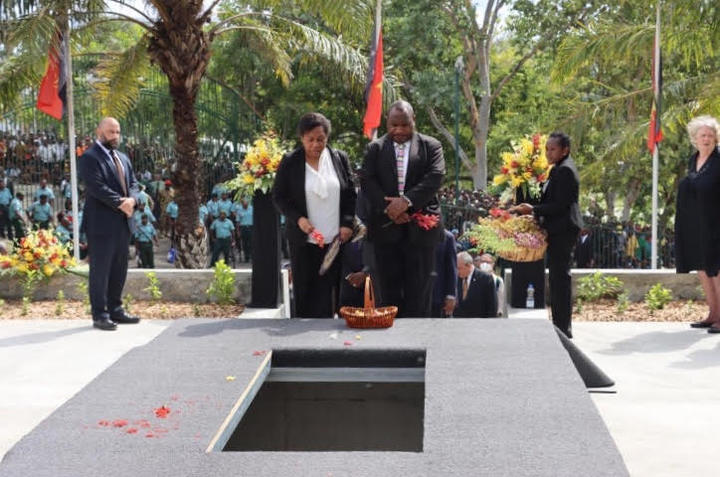 The service for Sir Mekere, who died last month aged 74, was held at the Reverend Sione Kami Memorial Church in Port Moresby, followed by a state burial at Independence Hill next to PNG's national parliament.

Large crowds converged on Waigani to watch proceedings, as the country farewelled a highly respected reformist who held several top public service roles before being prime minister between 1999 and 2002.

Another former prime minister of PNG, Sir Rabbie Namaliu, who was a close friend of Sir Mekere's, delivered the eulogy at the service, describing Sir Mekere as a great reformist who devoted his life to PNG.

Sir Mekere, who was still the MP for Moresby Northwest when he died, was hailed by incumbent prime minister, James Marape, as a "towering icon of good leadership".

"He made history by easily transitioning from public service leadership to political leadership where he reformed and strengthened key institutions of state at the same time as fighting graft and corruption," Marape said.

"We will miss your physical presence but your counsels and advices will forever ring in our minds to guide us to make our own contributions to develop PNG." 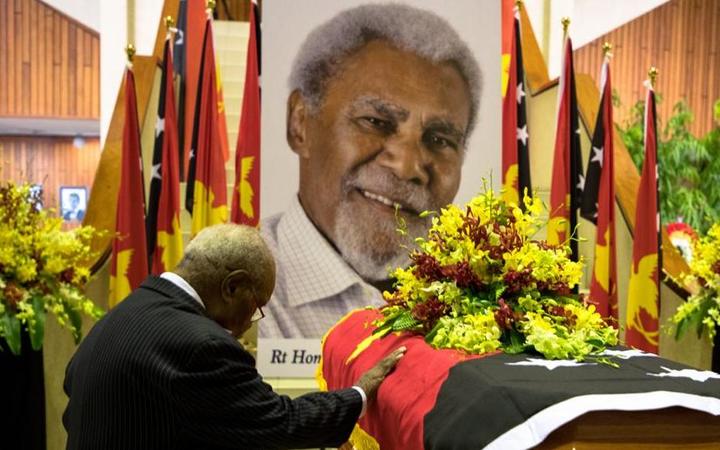 Earlier in the week, Sir Mekere's body laid in state at the national parliament where MPs, former prime ministers and members of the diplomatic corps came to pay their respects.

Sir Mekere Morauta is survived by his wife, Lady Roslyn and their son James.