Fiji's public prosecutor has thrown out a case against the country's attorney, saying there is insufficient evidence to charge him in relation to two bombings in Suva 30 years ago.

An investigation was opened into Aiyaz Sayed-Khaiyum in July, after a complaint was laid alleging that in 1987, he planted the bombs amid soaring ethnic tensions and the coup of Sitiveni Rabuka.

But in a statement this week, director of public prosecutions Christopher Pryde said there was not enough evidence to back the allegations. 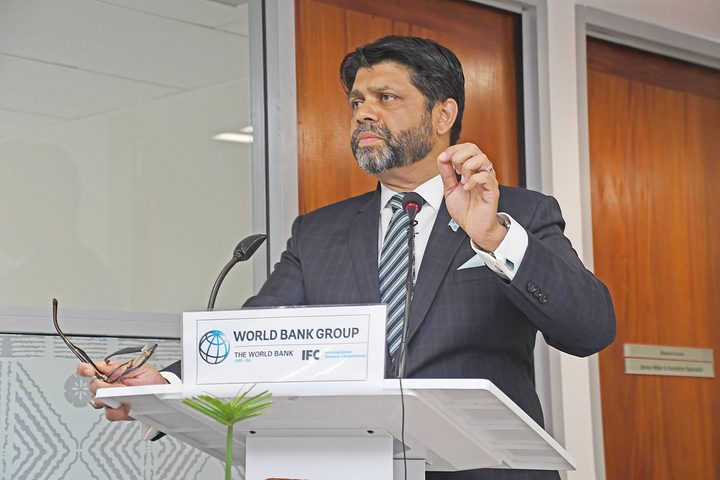 "It is our opinion that there is insufficient credible or reliable evidence to support any criminal charges being laid against the attorney-general," he said. "Therefore, the docket has been returned to police with the instruction not to charge and no further action is required."

Pryde's decision closes a chapter of gossip and intrigue that gripped the country towards the end of last year surrounding one of Fiji's most powerful and polarising characters.

Sayed-Khaiyum is one of Fiji's most powerful men, widely regarded as the power behind the government. He is the secretary-general of the governing FijiFirst party, the attorney-general, and minister of justice, economy, communications, aviation, climate change, the public service, and anti-corruption efforts. He often stands in as acting prime minister, and he has legions of both fans and critics.

In July, two siblings from a prominent political family filed a police complaint, alleging that the then 22-year-old Sayed-Khaiyum was involved in two bombing attacks that targeted political rivals.

The complainants - Veronica Malani and Benedito Ralogaivau - told police they had witnessed Sayed-Khaiyum throw a home-made bomb onto their driveway, and that their mother was injured in the subsequent blast. They also accused him of a bombing the day before, at a bus stop outside a Suva department store. Two people were charged and convicted for the bombings at the time. 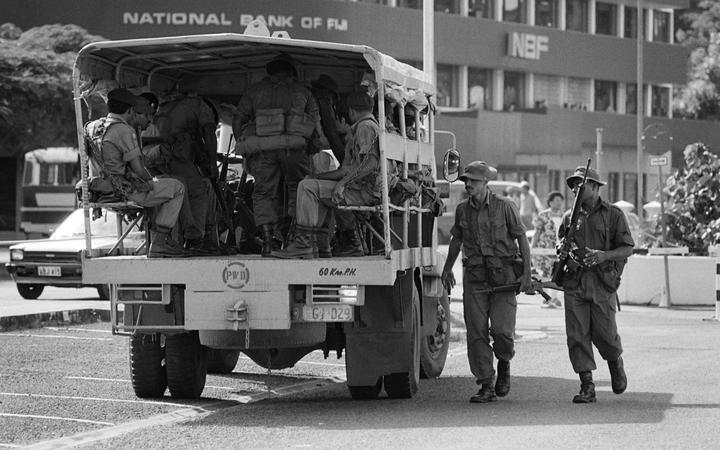 Fiji soldiers patrol the streets of Suva after the 1987 coup. Photo: AFP or licensors

Malani and Ralogaivau accused Sayed-Khaiyum of being part of an Indo-Fijian group known as the Fiji Freedom Fighters, and said they were targeted because their father, parliamentarian Ratu Filimone Ralogaivau, had switched sides to join Rabuka's military government.

Pryde said his office had assessed the evidence twice. His office first received the police file on 13 November but returned it for further investigation. It was returned to Pryde on 14 December, and this week rejected.

While the criminal investigation may be over, that is unlikely to dampen opinions and speculation. Sayed-Khaiyum's defenders have always dismissed the allegations as racially and politically motivated.

But opponents seized on them, calling for him to stand aside from his portfolios - particularly the justice-related ones he had oversight of - while the investigation was undertaken. Some even called into question the investigation itself.

Former prime minister Mahendra Chaudhry, himself an Indo-Fijian who was deposed by a coup in 2000, in November raised doubts about the investigation's transparency, saying the police commissioner's public request for patience was "merely buying time before the case is swept under the carpet."

There is no suggestion that there was any political interference, and the police have rejected any suggestion that their independence was compromised. In November, commissioner Rusiate Tudravu told RNZ "we will not be drawn into public exchanges on the matter and be used for the purpose of gaining political mileage."

A spokesperson for the director of public prosecutions said the office also acted completely independent of the attorney-general.

Malani, Ralogaivau, and Sayed-Khaiyum were unable to be reached for comment.