There are now more than 2000 Samoans wanting to return home and more are expected to register in the coming weeks.

The Samoa Observer reports the numbers were confirmed by the Chairman of the National Emergency Operations Centre, Agafili Shem Leo, at a press conference on Thursday.

"The Committee can confirm that the number of citizens wanting to return has reached 2,000 on the list at the moment," he revealed.

He predicted that by next week it will probably go up to 2,500 people. 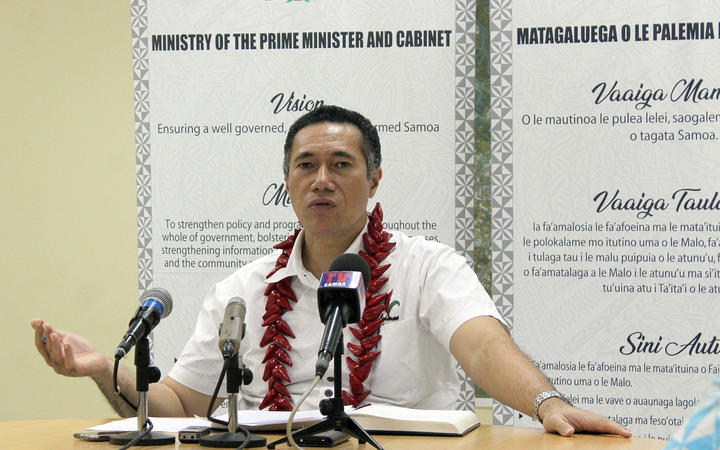 The first repatriation flight of the New Year on 22 January has been prioritised for 296 sailors, who are stranded all over the world and were initially scheduled to fly in around December last year.

Agafili said that the shipping agencies employing the sailors have been informed about health requirements that the men have to comply with before they board.

All travellers into Samoa are now required to have a negative covid test within 72 hours before boarding from the last port, a medical clearance and blood serology for Covid-19 antibody test within 5 days prior to boarding.

The interim Chairman said the repatriation flights are spread out to allow for the 21 days quarantine period between each flight.

After the 22 January flight, there are three separate trips from New Zealand starting on 12 February to accommodate 900 returning seasonal workers.

Prime minister Tuilaepa Sailele Malielegaoi told Radio 2AP that they are prioritizing seasonal workers because they are under a government scheme.

"They are part of a government scheme so we have an obligation to bring them home," he said.

He said this is the same obligation government has to all scholarship students studying overseas.

The workers that had their contracts extended last year, according to Agafili, will fly in on 12 February, 5 March and 26 March and are required to go through the 21 days quarantine.

While the seasonal workers who have ended their contracts return home, another 600-plus of them will be on a charter flight to New Zealand to continue the temporary work.

"The charter flights to take the 600-plus workers for the scheme to work in New Zealand will not bring any passengers [in Samoa]," said Agafili.

"The charter flight is paid for by the companies in New Zealand that are employing our people," he said.

Two repatriation flights are due to return 280 people to Tonga next Thursday.

Matangi Tonga reports the first flight will carry 259 passengers from Auckland, while 21 others will return from Samoa.

The Tongan government said another charter flight will arrive from Australia a week later, to pick up seasonal workers.

Those returning will have to spend two weeks in quarantine.