Samoa has recorded its first positive test for Covid-19, Prime Minister Tuila'epa Sa'ilele Malielegaoi announced in a live address to the nation this morning. 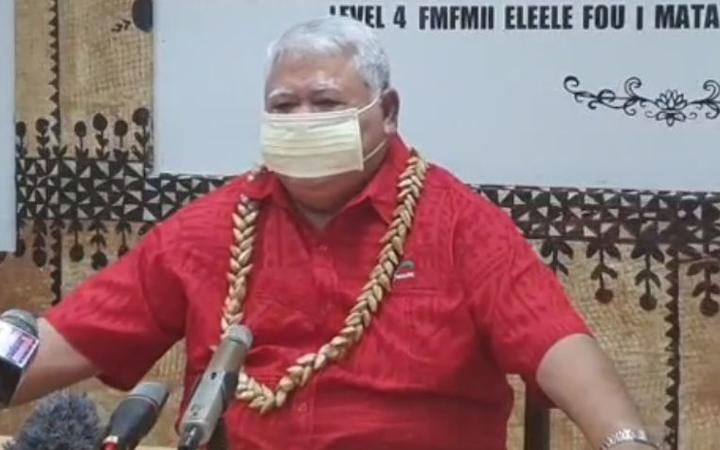 He confirmed one patient in a quarantine facility tested positive to the coronavirus on Wednesday night.

However Tuila'epa said a second confirmatory test came back negative when conducted this morning.

The man was a sailor who arrived in Samoa on a repatriation flight from Auckland last Friday.

He has been placed in an isolation ward at Tupua Tamasese Motootua hospital.

The prime minister said the country would not take any chances as the man could transmit the coronavirus to others.

Seventeen sailors, who had been stranded at overseas ports, arrived on the Friday flight and have been in quarantine with the close to 300 passengers.

Tuila'epa urged people not to panic and to heed advisories from the National Emergency Operations Centre and the Ministry of Health.

"Let us keep the faith and wear masks and wash our hands as advised," he urged.

The Cabinet is meeting this afternoon to consider further safety measures as well as to review the first repatriation flight from Los Angeles next Friday.

The interim chairman of the National Emergency Office Center, Agafili Shem Leo, told reporters on Tuesday the number of returning citizens on the flight could be more than 400.