Gubernatorial candidates in American Samoa have made their final public appearances ahead of tomorrow's elections.

There are four camps in the running for the governor and lieutenant governor roles and all have road side waves scheduled throughout the day. 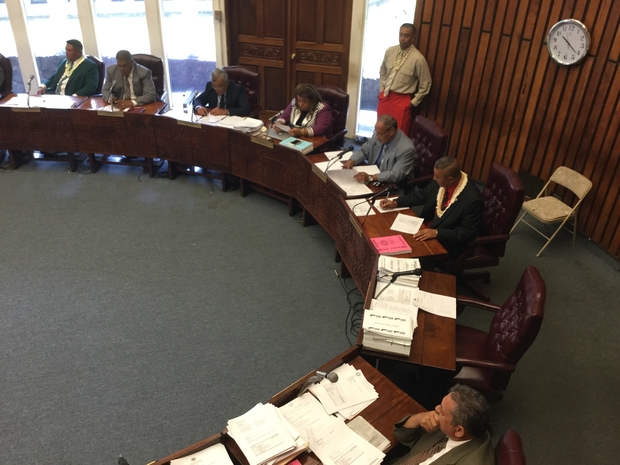 The candidates for each gubernatorial camp are, senate president Gaoteote Palaie Tofau and senator Faiivae Alex Iuli - Lt governor Lemanu Peleti Mauga and former attorney general Talauega Eleasalo Ale - Director of the retirement office I'aulualo Faafetai Talia and director of the political status office, senator Nuanuaolefeagaiga Saoluaga Nua - and Tapumanaia Galu Satele Jr who is deputy director of the office for the protection and advocacy for the disabled.

Meleagi is among more than 500 American Samoa residents stranded on the US mainland due to the Covid-19 pandemic.

Meanwhile, 51 candidates are running for 20 of the 21 seats in the American Samoa House of Representatives.

The Swains Island seat already been decided in a meeting last week , with incumbent Su'a Alexander Jennings returning for an 8th term.