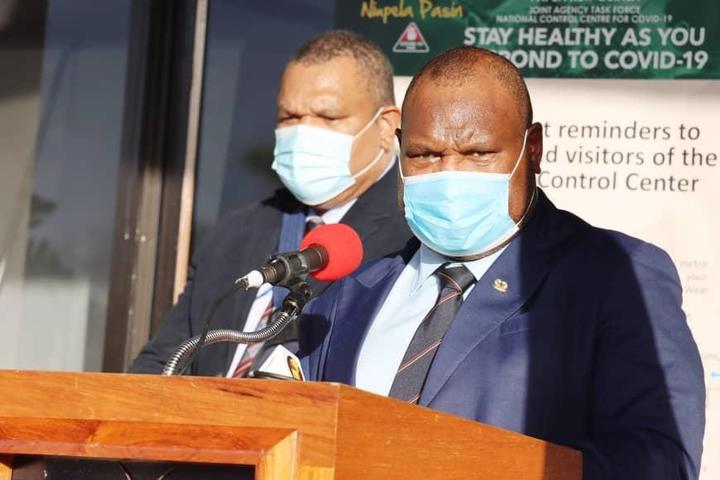 Papua New Guinea Prime Minister James Marape said his government has yet to decide whether to hire a PNG company to find a Covid-19 cure.

This comes after reports alleged impropriety and corruption by the government in awarding $US2.8 million dollars to Niugini BioMed Ltd.

The Post Courier newspaper said the company, set up just a month ago, will be charged with creating a new miracle drug that will save people in PNG and around the world from coronavirus.

The paper said several ministers were not happy with the grant because they did not believe proper processes were followed.

But Mr Marape said the report is based on leaked NEC documents and was a deliberate attempt to discredit his government.

He said they are still to make a decision on the grant.

Mr Marape said there is nothing illegal or improper about engaging PNG chemists, biologists and doctors to research into possible vaccines for Covid-19.

"We have young and competent PNG scientists, who have presented their case to COVID-19 Controller Mr David Manning and our medical and science community, that they may be on to something big," he said.

"It may be true, or vice-versa, but I am not a Prime Minister to kill ingenuity, research, science and study.

Mr Marape added "we are a nation of huge biodiversity, in fact, with five to seven per cent of the world's biodiversity. Our ancestors lived with malaria, snake bites and all manner of tropical diseases."