Fiji's government is pressing ahead with its 'Bula Bubble' for New Zealand and Australia despite the two countries opting to resume travel elsewhere.

The newly-appointed Cook Islands Prime Minister Mark Brown said he expects quarantine-free travel with New Zealand to be in place by December.

New Zealand's Prime Minister said she expects her country will soon be in a position to open up to the Cook Islands. 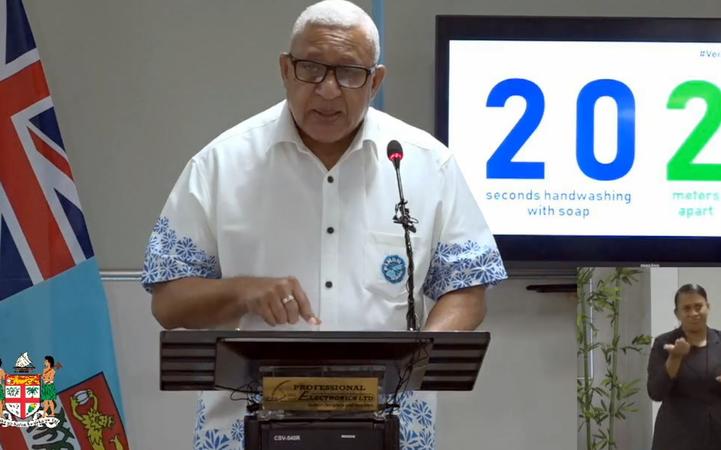 Fiji Prime Minister Frank Bainimarama said his country is committed to making the 'Bula Bubble' work with its major partners in the region.

"Given that Fiji is Covid-contained, given we have gone more than 170 days without a new case of the virus, given the exemplary job we have done at managing our border and given the economic urgency of resuming flows of two-way trade and tourism, we are keen to see those discussions advance past the exploratory phase and on to practical progress as soon as possible."

Addressing retailers in Suva this week, the prime minister assured the business community the government is in discussion with its regional development partners on resuming travel.

Bainimarama said Fiji was expecting nearly one million visitors to its shores this year.

But he said due to the Coronavirus, "border closures had cut off the flow of revenue and the ripple effects have been felt across every industry in Fiji."

He said Fijian businesses are suffering due to the pandemic.

Bainimarama said in particular the "small businesses have bore a heavy burden".

He said the government had expressed its interest to New Zealand to resume regular travel.

However Bainimarama said until Fiji's border reopens, "most business revenues will not be what they used to".

Meanwhile, last week, the Australian government announced it had finalised a deal for a limited travel bubble across the Tasman that would allow people to travel from New Zealand to New South Wales and the Northern Territory states quarantine-free from 16 October.

But the New Zealand PM said her country is still not ready to have quarantine-free travel.