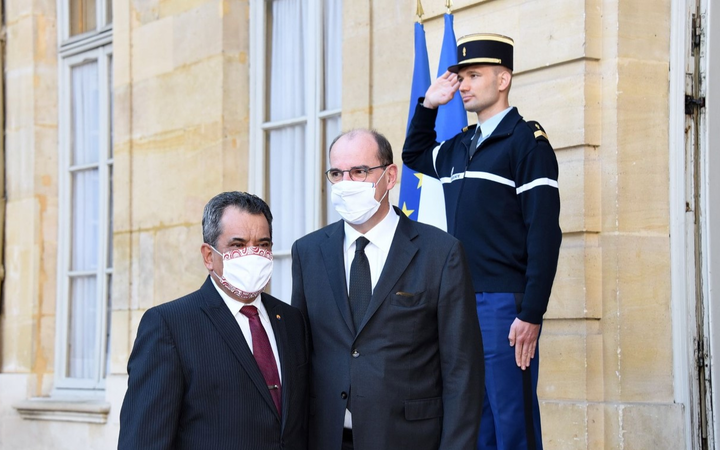 Castex met the visiting French Polynesian delegation, led by the President Edouard Fritch, who arrived in Paris for the first visit since the Covid-19 outbreak.

He said the overseas minister Sebastien Lecornu would prepare the renewal of the development contracts which were due to expire at the end of the year.

Fritch said France had contributed $US14 million towards health care but he sought more to invest in hospitals and cancer treatment.

The two leaders also discussed a further French loan to support French Polynesia's budget which has been ravaged by the impact of the Covid-19 pandemic.

Lecornu said President Emmanuel Macron would visit French Polynesia before the end of his term in 2022.

In March, Macron cancelled a visit to Tahiti planned for April because of the Covid-19 crisis.