Leaders of five Micronesian nations say they will withdraw from the Pacific Islands Forum if their nominee is not chosen as Secretary-General. 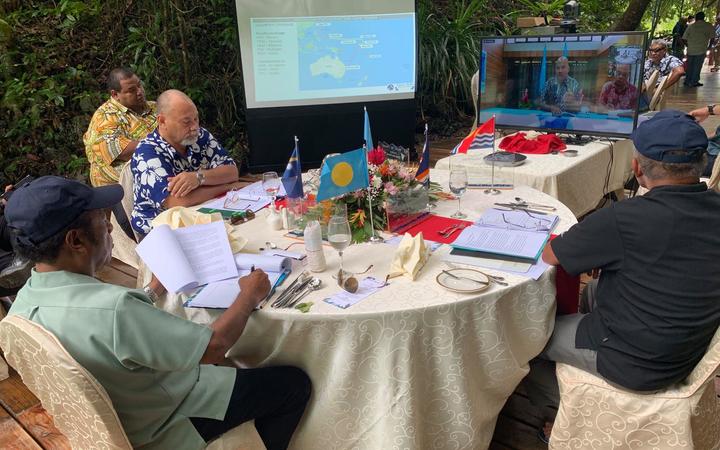 The five Micronesian Presidents meet both in person and online Photo: Palau Govt

The heads of state from Palau, Nauru, Kiribati, the Federated States of Micronesia and the Marshall Islands threat to withdraw was contained in a communiqué the leaders signed at the end of their meeting in Koror.

"Presidents agreed that the solidarity and integrity of the PIF is strengthened by the Gentlemen's Agreement, that this issue is one of respect and Pacific Unity, and that it is non-negotiable for Member States,'' the communiqué stated.

They added, "Presidents agreed that in the 'Pacific Way', a 'Gentlemen's Agreement' is an agreement, and if this agreement is not honoured, then the Presidents would see no benefit to remaining in the PIF."

Earlier Tommy Remengesau stressed that until the issue was resolved, " we will suspend our participation in the upcoming forum meetings."

He said the nations would instead focus on the North Pacific region through a planned Micronesian Presidents' Secretariat.

FSM President Panuelo, who joined the meeting virtually, was also taking a firm stance on the position. 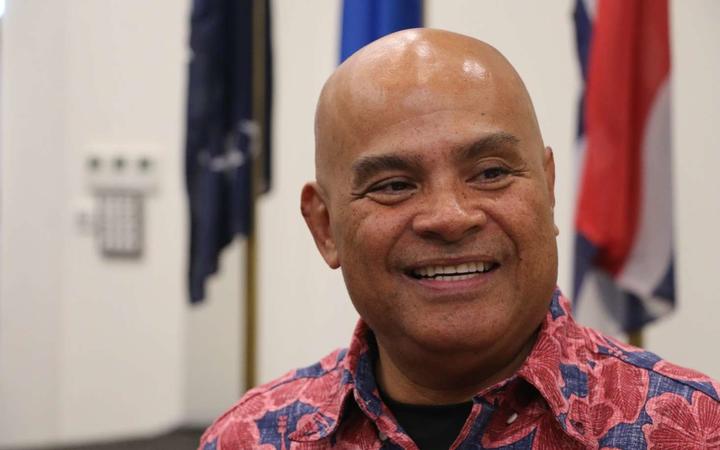 "Our solidarity and integrity in the PIF are strengthened by this agreement, and to me this issue is non-negotiable. I don't want this to lead to fragmentation of our PIF, but it might do that," he said.

"The Micronesian sub-region is as much a part of the Pacific as Polynesia or Melanesia, and if they are unable to adhere to the Pacific Way of respect for others, including respect for our Gentleman's Agreement, then the consequence is that we simply don't engage with them or allow ourselves to be pushed around by people with ulterior motives in the PIF Secretariat. If this agreement is not honoured, I see no benefit to remaining in the PIF," Panuelo said.

President Aingimea, in his speech during the signing of the communiqué, said that the leaders agreed to establish the next Secretariat of the MPS which would be in Nauru.

"I have proposed the establishment of a MPS Secretariat as a positive step and signals the maturity of the MPS."

He said the secretariat would serve as a platform in which the region's priorities and challenges could be addressed.

Echoing the other leaders' position, he said that the sub-region was determined to see the next secretary-general come from Micronesia.

"We remain in our firm commitment to support Gerald Zackios for the SG position, this is a matter now of Micronesian solidarity and Micronesian pride,"

Kiribati President Maamau said Micronesia would remain "resolute and united" in its position to take the "wheel" of the Forum helm.

Remengesau said the joint communiqué reflected the strong position of the five leaders regarding the secretary-general position. 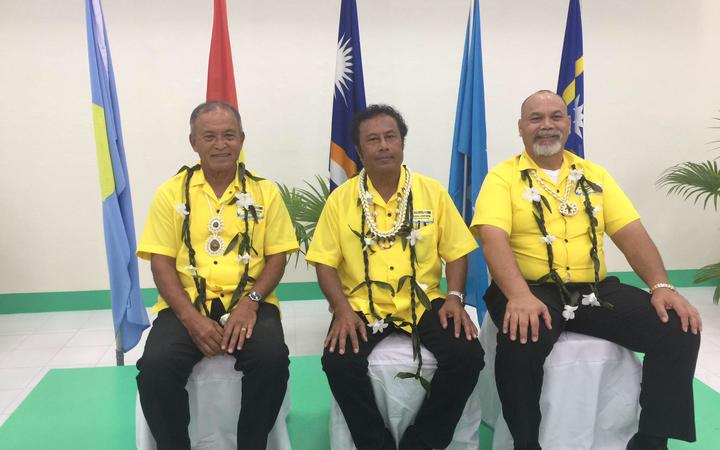 Only one Micronesian has ever held the chief-executive-like role, Kiribati's Sir Ieremia Tabai, who was appointed in 1992.

Since then it had been held by candidates from Australia, Tuvalu, Samoa and Papua New Guinea. 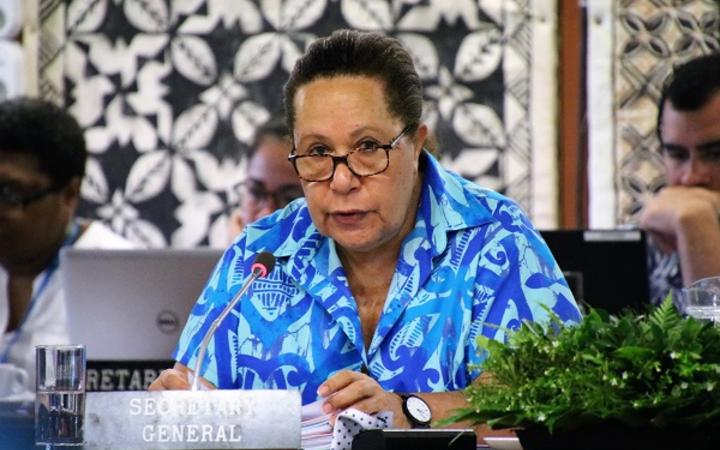