The Malaita provincial premier, Daniel Suidani, announced his intention to hold the poll last week after the government's controversial approval of a flight full of workers from China.

The approval was given despite of widespread public opposition and calls from churches and civil society organisations for it be cancelled.

The Chinese are there to construct new sports stadiums for the 2023 Pacific Games.

Suidani maintains his opposition to the new arrivals being in the country and says he can no longer stand with a government that does not listen to its people.

But the Solomon Business Magazine reports the ministry of provincial government saying in a statement that the Malaita premier has no powers under the Provincial Government Act to conduct a referendum. 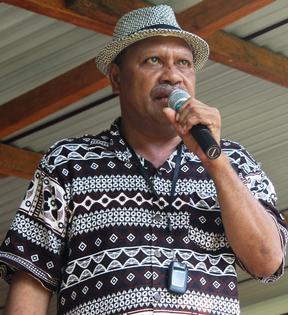 It says spending any provincial funds towards this end would also be illegal and warns court action if the referendum is pursued.

"Any province engaging in illegal activities will be dealt with in accordance with the Provincial Act 1997," the ministry statement said.

Meanwhile a public protest march was staged in the Malaita provincial capital Auki today over reports that the national government has recalled its secretary to the provincial administration.

The Malaita provincial police commander, Stanley Riolo, says the march was peaceful but his officers remain on high alert and will be monitoring situation closely over the coming days.

"I call on my good people from Malaita to do everything within the bounds of Solomon Islands laws. This is to avoid any arrests. There are ways of resolving disagreements within the laws of this country," Stanley Riolo said.