Paid for by China, the Solomon Airlines charter flight leaves for Guangzhou City today and will return to Honiara tomorrow with 108 people on board. 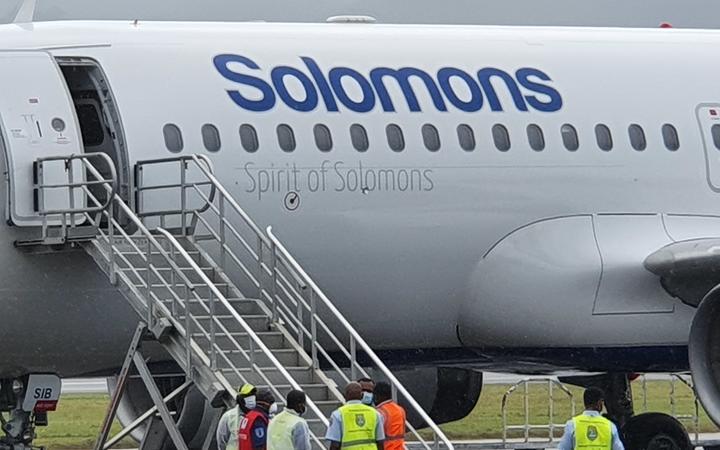 A passenger list sent from the Chinese Embassy in Port Moresby to the Office of the Prime Minister in Solomon Islands shows 21 Solomon Islands citizens are being repatriated.

The rest of the passengers on the flight are Chinese nationals.

The bulk of them are Chinese Embassy staff, technical personnel and private contractors who were flying in to start the construction of sporting venues for the 2023 Pacific Games in Honiara.

The infrastructure project, which included the main athletics stadium, was promised as a gift to Solomon Islands by China last year shortly after Taiwan pre-emptively ended its 36 year-long diplomatic relationship with the Pacific country in October.

The rest of the passengers on the flight are employees of private Chinese companies operating in Solomon Islands.

Solomon Islands has yet to record a single case of the Covid-19.

The government said all passengers on the incoming flight would have to show a negative Covid-19 test result before being allowed on the plane and would go through 14 days of supervised quarantine upon their arrival.

There had been widespread public opposition to the flight but the Prime Minister Manasseh Sogavare said the decision to approve the flight was reached after careful assessment and evidence-based analysis of the risks involved.

Solomon Islands next scheduled repatriation flight is scheduled to be from Manila on 15 September and was said to be aimed at bringing home Solomon Islands students studying in the Philippines.