French Polynesia's health minister Jacques Raynal says despite a worsening Covid-19 situation a state of emergency and a lockdown are not being considered. 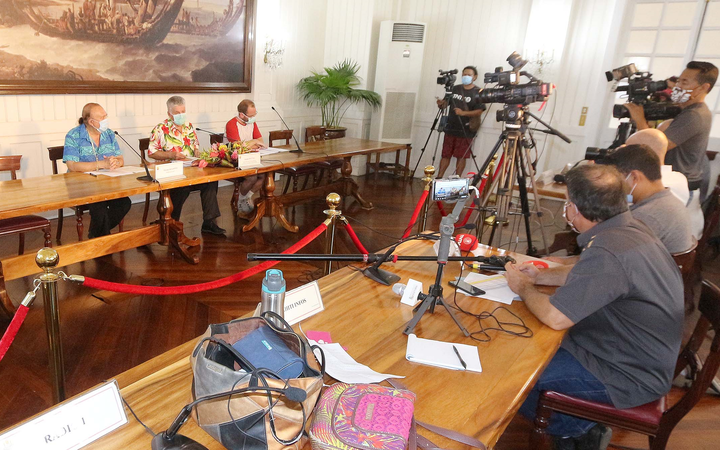 353 Covid-19 cases have been recorded this month, which is almost four times more than in the previous infection wave from March to June.

Raynal told a news conference that the territory was moving into the maximum alert level which could see targeted restrictions affecting some neighbourhoods.

He said local health committees had been reactivated and Paris approved the despatch of six health experts.

He said social distancing was paramount as it was the only way to safeguard the vulnerable, in particular the elderly.

The minister said the average age of the more than 200 active coronavirus cases was 34.

Raynal reminded the public that a cloth mask needed to be washed in hot water and with detergent every day because otherwise it offered no protection.

He restated the need to get authorisation for meetings of more than ten people while in general discouraging movements.

While some schools are closed, Raynal said all students aged 11 and older would now have to wear masks.

He confirmed that three people with Covid-19 were in intensive care at the main hospital in Tahiti, which had 60 ICU units at its disposal.

In anticipation of a possible increase in the number of patients, he said additional oxygen tanks had been ordered from New Zealand.

Covid-19 began to spread after the government last month opened the border to boost tourism and abolished quarantine requirements for arriving travellers.