Between two and three thousand pigs are estimated to have died from the virus in PNG's upper Highlands. 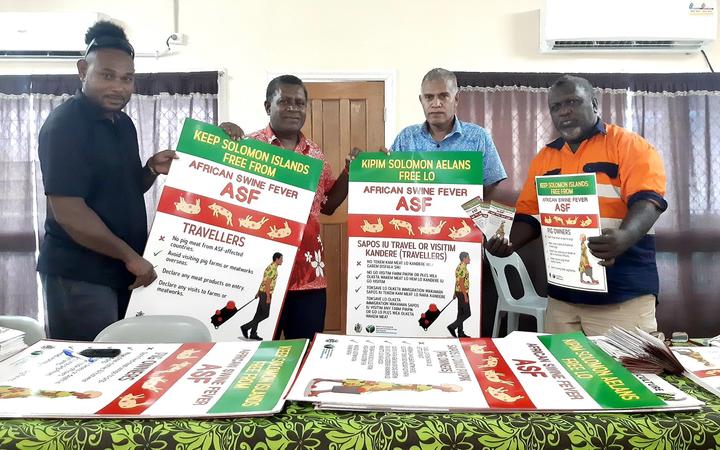 The disease has not reached Solomon Islands, which banned pork imports from infected countries in April.

But the Solomon's director of biosecurity, Francis Tsatia, said farmers were being warned to look out for symptoms.

"Also we've been trying to inform them about feeding pigs. There are certain things that we don't allow the farmers to use as feed, especially left overs from restaurants."

Awareness material including signs, posters and videos had been distributed to Choiseul, Western Province and Honiara, with plans to cover at least seven provinces, Tsatia said.

"With farmers, we are trying to inform them of the seriousness of the disease, what they need to do if they see pigs dying. We've informed them to have biosecurity systems in place.

"It's mainly backyard farming here, probably around one to three pigs per family but when you add all this together it's quite a huge number.

"We're tailoring our awareness to these small scale farmers but we do have some huge ones too. Our information is that it's easier when you are dealing with commercial piggeries because you can control them. They have proper fencing."

"Our message to the travellers is don't bring any pork, even tinned pork. We also put emphasis on any materials that could be infected. If they have been to farms, we put that through our passenger declaration."

Humans cannot contract African Swine Fever but could carry it on clothes or shoes contaminated with fluids or faeces from sick pigs.

In Papua New Guinea, road blocks had been set up to prevent the movement of pigs and pork meat out of the 'disease areas', Enga, Hela and Southern Highlands. 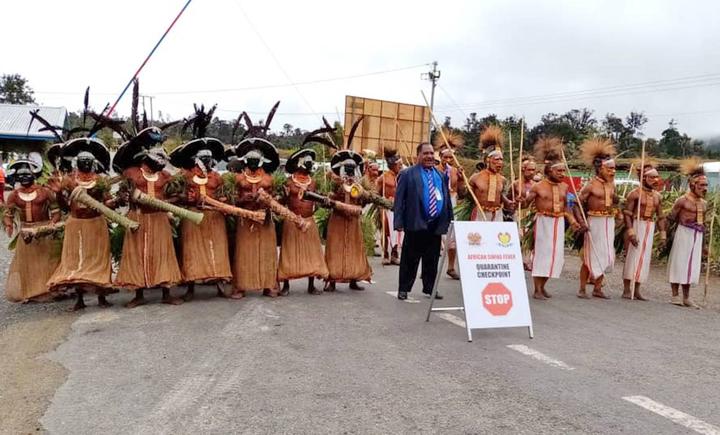 A cultural performance marks the establishment of a checkpoint in PNG. Photo: Phama Plus

Ilagi Puana, chief veterinarian with PNG's National Agriculture and Quarantine Inspection Authority (NAQIA), said the objective was to stop the disease spreading down through the Highlands to coastal provinces where there are wild pigs and commercial piggeries.

A "pocket infection" at Mount Hagen in Western Highlands had been "contained and eradicated", according to a NAQIA release.

Puana said it was brought there by a family who migrated from Enga with a sick pig. Three or four animals were eventually put down after land owners reacted quickly to the threat and called in NAQIA.

"We are still monitoring, we have people on the ground there since the pigs were culled. It's almost two months now. We are lucky. I think the awareness is having some impact. This is a pig cultured society. Anything to do with pigs they are very concerned."

NAQIA had documented the deaths of about 700 pigs from African Swine Fever in the disease areas but the veterinarian said the death toll was likely to be much higher.

"There's about 700 we have on record but I think it's more than that. There's a lot of pig deaths that were never reported to us. I'm assuming in the region of two to three thousand."

Over the next six months, awareness in PNG would target "small holder piggeries and also village pig holders... to make sure they confine their pigs".

"If they are using a tether system, they need to tether and make sure there is somebody looking after it all the time. Those are behavioural changes we want to establish," Puana said.

As to how the disease was introduced to PNG, infected pork meat imported from Asia is believed to be the source.

"We have evidence that this pork meat has gone up to the Southern Highlands where there is a construction company," Puana said. "There was a lady working at the campsite. She was taking some of the kitchen waste to feed her pigs and that's how we think it's happened." 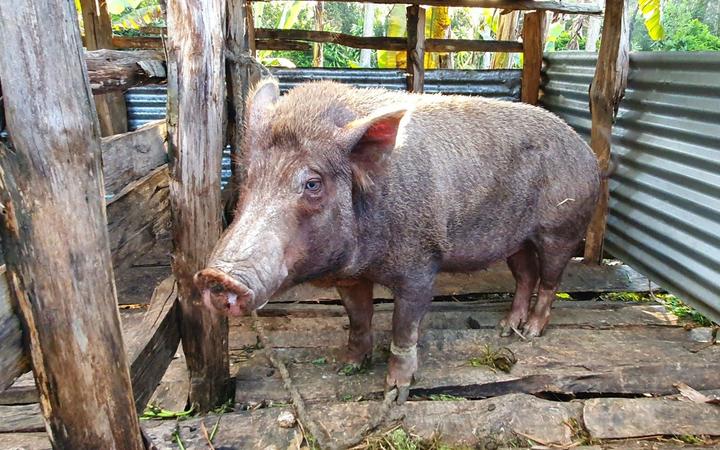