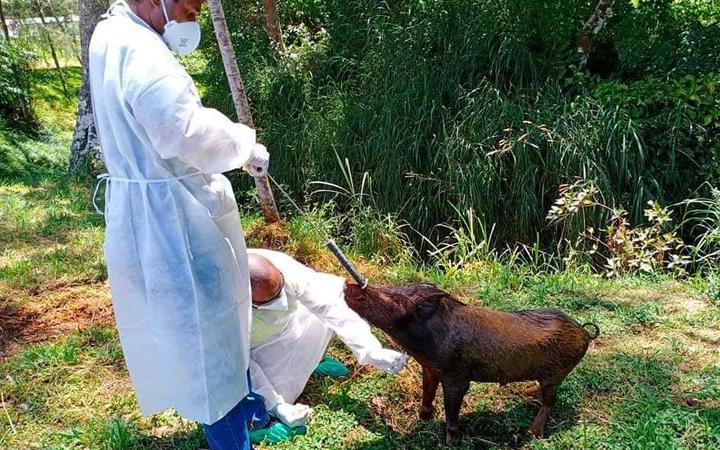 The deadly porcine virus was detected in March in Southern Highlands province, where up to three thousand pigs are estimated to have died.

The National Agriculture and Quarantine Inspection Authority (NAQIA) has deployed teams to stop people moving pigs from infected areas, and to test animals in neighbouring provinces, including Hela and Enga which have already been declared disease areas.

NAQIA epidemiologist Andy Yombo, who is co-ordinating the field work, said it was likely the virus had spread.

"We are doing field tests and we got some positive samples from the field. The samples are now in Port Moresby… we will do some tests here and then probably send them to the Australian laboratory," Mr Yombo said. 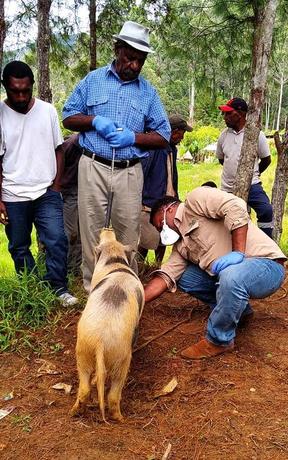 "I think they will be positive. The signs and symptoms we have seen so far are consistent with what we have seen in the Mendi-Munihu district. We expect to get positive results."

Describing the Southern Highlands' Mendi-Munihu district as, "the main infection site or epicentre," Mr Yombo said the disease was likely to have spread there from nearby Nipa-Kutubu. It was there that pig deaths were first reported in early 2019 and a NAQIA team was sent to investigate. Unable to detect swine fever, it was suggested the deaths were caused by Anthrax.

But the pig deaths continued, reaching Mendi by Christmas. More samples were collected early this year and lab tests in Australia confirmed the Swine Fever.

Armed with the positive result, NAQIA's response turned to containment.

"We have set up roadblocks, containment blocks," Mr Yombo said. "So in the Southern Highlands we've got about three roadblocks so far."

The checkpoints, however, have not stopped people from trying to move their pigs, a precious commodity in PNG both monetarily and culturally.

One pig in the Highlands can be worth as much as $US6000, according to Mr Yombo, where pigs themselves are a currency when it comes to paying dowries and compensation for settling tribal disputes. 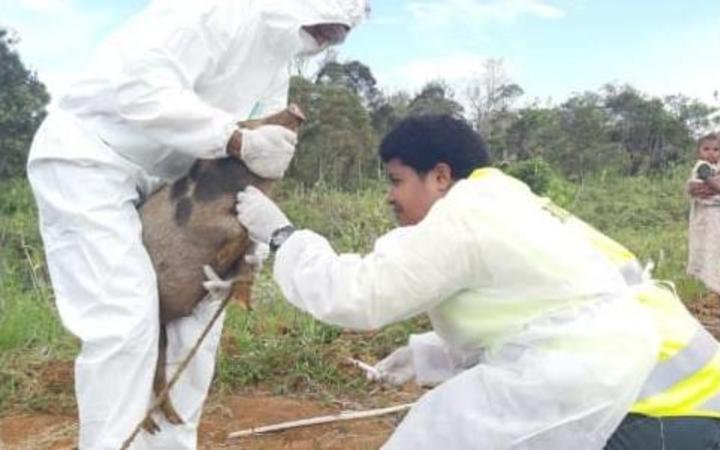 "When events like this come up, they can cost a lot of pigs - 150, 200 pigs." Mr Yombo said. "These pigs are not owned or raised in one district, they are brought in from other districts or neighbouring provinces. That is the challenge we are facing at the moment. Although we have checkpoints we still have people trying to move pigs from the infected areas.

"People are moving pigs because they are scared of the disease. They plan a marriage, maybe at the coming Christmas but because all the pigs are dying, they have to pay the bride price before the pigs die. That is prompting people to move their pigs."

"I take my hat off to this project…They have given us the resources that we need to mobilise technical people, risk communications experts and some veterinarians. They've printed a lot of awareness material that we've given to the provinces and the message is getting there. 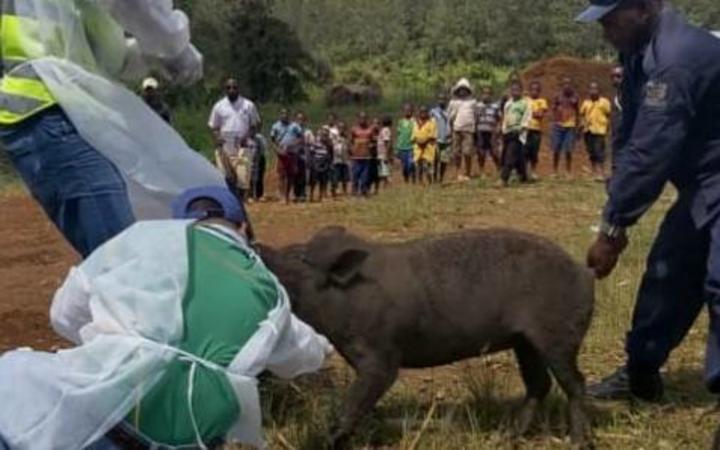 "We've got people on the ground. We're working with provincial colleagues, working closely with them, doing a lot of awareness. We've done good so far but there are still areas that we need to cover. There are some very very remote districts we still need to go."

More money is needed, however, as noted by NAQIA managing director Joel Alu. In mid-May, Mr Alu revealed that NAQIA had already spent more than $US500,000 fighting the disease, and that a further $US665,000, approved by cabinet in early April, was yet to be released.

Mr Yombo said the worst case scenario for PNG, would be for the disease to infect animals in commercial piggeries near cities Lae and Port Moresby. But an even worse problem could be the infection of wild pigs.

"Currently the area that we are working on - it is very unlikely that there are wild pigs in that area. But if it does get into some of the coastal provinces or the remote districts where there are wild pigs then this disease it not something we can think of getting rid of in the the near future. It is here to stay. 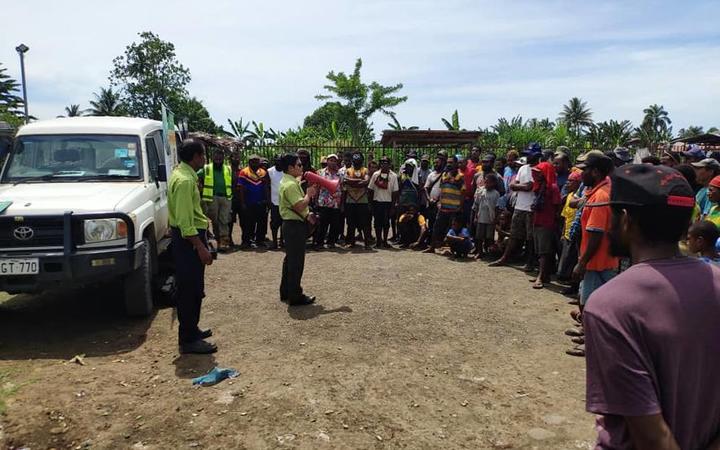