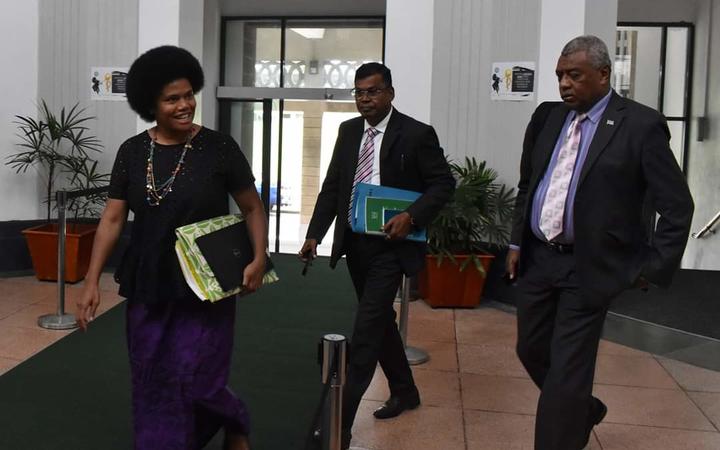 The headquarters of Fiji's National Federation Party was raided by the police on Tuesday evening.

In a video shared to the party's social media, it showed several plain clothes officers rifling through files, papers and storage.

Speaking to RNZ Pacific shortly after the raid, leader Biman Prasad said the officers from the Suva CID spent about an hour searching.

Professor Prasad said a warrant was provided, but he wasn't sure what exactly the raid was in relation to.

"We don't really know what this is about," he said.

Professor Prasad said the officers said they were looking for documents relating to the party's social media posts, and possible payments regarding them.

"We don't pay people to do our media," he said, adding the party was weighing its next options.

With the Sodelpa party suspended, the NFP and its three MPs are the only opposition still in the Fiji parliament