Several more men including an Italian citizen have been charged in Papua New Guinea with drug smuggling.

It's one of a number of developments in the case surrounding a record sized drug haul in which around 600 kg of cocaine was seized near Port Moresby late last month. 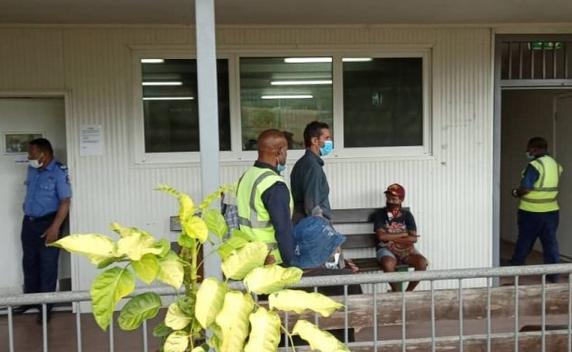 According to EMTV, 52-year old Carlos Attansio has been served with two charges of smuggling illicit drugs.

The Italian is reportedly the captain of the MV Badu, a yacht believed to have brought the cocaine to the PNG mainland.

He and three PNG men appeared in the Waigani Committal Court today, all charged under the Customs Act in relation to the alleged drug smuggling.

Meanwhile, the Australian pilot of the small airplane which crashed after allegedly attempting to fly the drugs back to Australia is facing more charges.

David John Cutmore was already charged with breaching immigration law by flying into PNG without clearance.

Now he is also charged with drug smuggling in relation to the drugs that were seized - with a street value estimated at $US58-million.

The seizure is one of the results of a two year operation by an Australian Federal Police-led Criminal Assets Confiscation Taskforce, which saw the AFP collaborating with PNG police particularly in recent weeks.

The pilot is wanted back in Australia where Australian federal Police have arrested five members of a Melbourne-based criminal syndicate, with alleged links to Italian organised crime.

But PNG's Prime Minister James Marape has ordered that Cutmore stay in PNG and provide evidence to police.

"Now we leave this to the hand of police to have a detail investigation into this one," Marape said, adding that PNG wanted to deter drug smugglers from using the country as a regional link..

"Complementing the arrest of the pilot, we are teaching him all the details that we need to teach him to ensure we go to the root of those who have been using PNG as a launching pad."

Meanwhile, the newspaper The National reports that the prime minister has also instructed the National Intelligence Organisation to conduct a second investigation into the drug bust.

Marape said that the smuggling network between PNG and Australia has been in operation for some time.