A week after expressing regret at the Fiji government's decision to close its embassy in Brussels, the European Union has provided a budget support package of $US23.4 million to help the country address the Covid-19 pandemic. 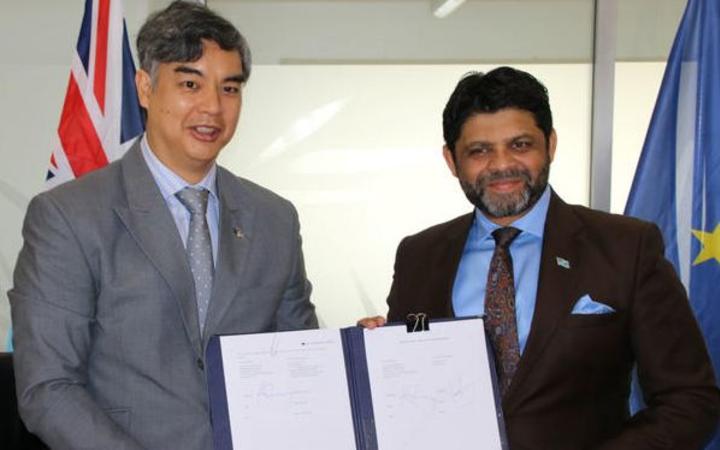 Fiji said it was cutting $US3.7 million from its foreign missions and closing five embassies permanently.

The EU ambassador to the Pacific, Sujiro Seam, said the closure of the mission in Brussels was not good news for the Europe.

But he said the EU would ensure its partnership with Fiji continued to develop.

"In addition to budget support and the small projects which are specific to Fiji is the encouragement we give to the government of Fiji to make the most of the regional projects we have in the Pacific."

Sujiro Seam said he planned to talk with Fiji about the closure of its Brussles embassy, which was opened in 1973.

Fiji's other missions that are closing are in Seoul, Port Moresby, Washington DC and Kuala Lumpur.

"For example, the New York Mission will represent Fiji in Washington, which is only one hour away by plane," Khaiyum said.