Belden Namah said the Opposition wanted the legislation struck down because it considered it unconstitutional.

The Pandemic Act, which PNG's parliament passed in June, was billed by the James Marape-led government as providing measures for public health emergencies.

It is laden with mechanisms to allow authorities to restrict people's freedom of movement and freedom from forced labour among other basic rights.

The Act was invoked last week as authorities took the capital into lockdown amid PNG's biggest surge of Covid-19 cases to date.

Among other reasons proffered by Namah was that the Act impaired oversight of parliament on government's executive, particularly over the use of public funds.

He claimed that a late withdrawal of one of the nominees for the vote, previous prime minister Peter O'Neill, breached parliament rules although the Speaker allowed the vote to proceed anyway.

Namah's earlier application was dismissed the Supreme Court earlier this year because he was suspended as MP at the time.

The Vanimo-Green MP had been suspended after being referred to a Leadership Tribunal in 2017 for alleged misconduct in office.

The following year the tribunal found him guilty of misconduct in office for storming a courtroom in 2012 where then Chief Justice Sir Salamo Injia was presiding over matters.

In the company of police officers and soldiers, Mr Namah, who was Deputy Prime Minister at the time, interrupted the court session and demanded the immediate resignation of the Chief Justice.

The Chief Justice was at the time presiding over a number of legal cases concerning the constitutionality of the parliamentary election which led to the O'Neill/Namah government.

However, Namah applied for a court review of the Leadership Tribunal's decision. 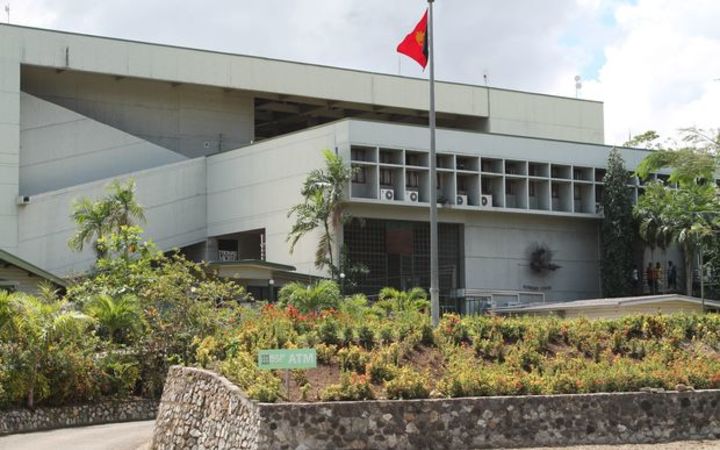