The author, publisher, and social commentator, was a highly respected figure in the burgeoning PNG literary scene. 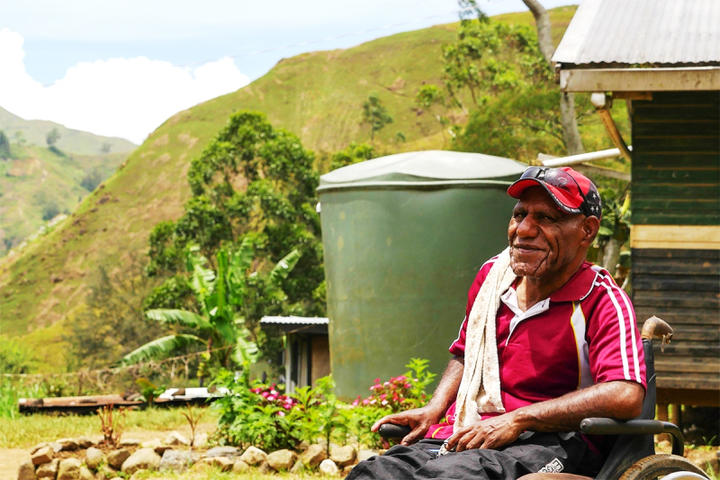 According to the PNG writing portal PNG Attitude, Francis Nii's earlier career in banking was cut short after an accident left him a paraplegic. He turned his energies to writing and mentoring other authors.

From his base in the Highlands province of Simbu, he wrote articles and a novel, mostly through using a mobile phone.

Nii fought many health battles in his three decades in the critical care ward of Kundiawa General Hospital.

During this time he founded the Simbu Writers Association, publishing home grown PNG writing, and guiding locals into literature.

He was also a central figure in the development of PNG's Crocodile Prize which, since emerging ten years ago, has helped rejuvenate the country's flagging literary scene.

The Australian journalist, publisher and founder of the Crocodile Prize, Keith Jackson, who is also the editor of PNG Attitude, paid tribute to Nii.

"Amongst his peers and those who knew him, Francis was much loved and greatly respected and hundreds of Papua New Guineans and Australians this day grieve his death," Jackson wrote.

"A bright star who never let his serious handicaps and brushes with death interfere with his achievements - and which were so considerable.

"That he and others never fully succeeded in establishing a sound literary culture in PNG was not due to lack of nurture and hard work, but to Francis must go great credit in driving its pursuit to a point where it is taken seriously in PNG and overseas."

Francis Nii was also an articulate social commentator who was interviewed by RNZ Pacific on issues including corruption and domestic violence in PNG.