Debate over domestic violence has recently surged in PNG, following the death of a well known female journalist last month.

Chimbu-based writer Francis Nii spoke about the problem to Johnny Blades who asked him why women are so heavily targetted for violence in PNG? 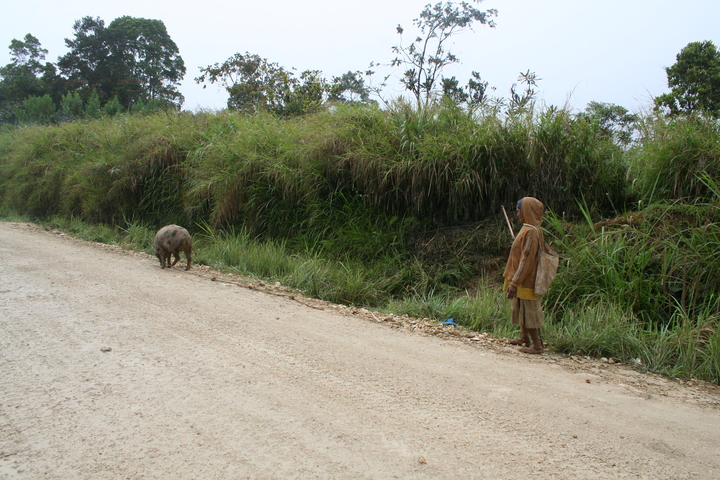 FRANCIS NII: I've talked to various women about this. And they've given me three main areas why males are targetting women. One is sex. they say that sometimes when females refuse to have sex, they are forced to have sex, the males act violently. sometimes it's like rape. The second reason they gave me is the male ego... they want to show that they are male, and that the male is above the female. So the woman has to do whatever the male says, otherwise, you know... male is like the boss. The third reason they gave me is money. The man wants to control all the money.They want to dictate how money is to be spent, and they don;t give credence to wives or their ladies to decide on how to spend the money. If a woman goes out and spends the money on their own will, then the male starts asking questions, and they argue, and that's when conflict comes in, and then violence comes in.

JOHNNY BLADES: In this light, the male psyche in PNG needs to be looked at. Do you think there will be moves to take a concerted nationwide look at this sort of thing? Because obviously it's a problem around the nation.

FN: There is already a law criminalising domestic violence. the victims are supposed to be reporting of the perpetrators to the relevant authorities like police or criminal prosecution. But the women, the victims of violence, are not reporting to police. I mean, some are doing it but most of them, they are not doing it. And when I look at it, there are three main reasons. One is the fear of repercussions, what may happen to the woman after the man gets out of prison, or if he gets away from the law. Two, is fear of losing the husband to another woman, or possible divorce. And third, the welfare of the woman's children is gong to be compromised if there is a separation. In most cases men are the breadwinners, and when there is a divorce, children's education and future will be affected. Those are the reasons why women are keeping quiet.

But coming to your question, I think the solution to this is going be a long-term thing. We have family and sexual violence counselling services in most of the hospitals. And the government with the help of the Unite Nations Development Programme, they are also taking other measures, and with funding from the Australian Department of Foreign Affairs and Trade, to set up emergency medical services and integrate programmes in the community. But to my observation the long-term solution is education. More women could be educated, help girls reach a certain level of education where more of them can be employed, and have control over their own lives and affairs. In the case of domestic violence, if there is a divorce or something like that, the woman can be able to sustain herself and look after the children. The long term solution is more education, and employment for women. That's how I see it.

JB: But the males need to be educated as well, don't they? Because when things happen, cases of domestic violence, it sometimes feels like the families close ranks. It's often difficult for the victims of domestic violence to seek help or lay a police complaint. There are all these structures, where it seems like they are against the women. Society-wide education is important, isn't it?

FN: That's right. Educating males, particularly men, in gender equality awareness  to understand the vulnerability of the female, and to respect them and to care for them. This is important. men should be educated, and involved in gender equality advocacy programmes; they can become more aware of domestic violence, and you know. Like you say, relatives, can be educated and made aware that when there is domestic violence, they can come in and report to relevant authorities, rules where they can come in and help resolve the problems, rather than keeping it in the families. Education is important, both for the male and community at large.